Diagnosing a crushing back pain

Ron is 58 and works as a truck driver. He rarely attends the surgery and takes no regular medications. 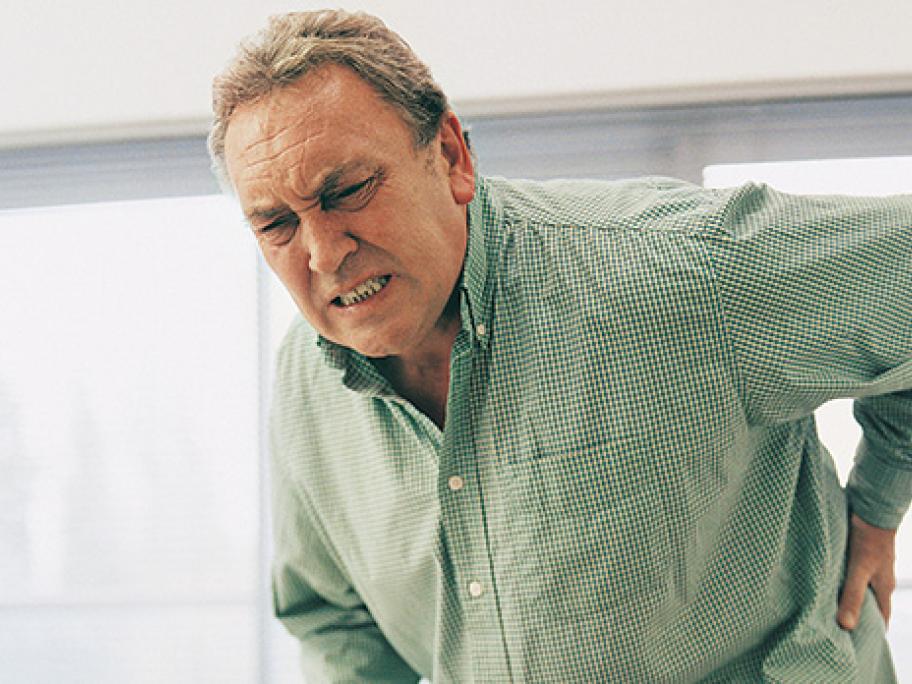 Today, he comes in looking quite dreadful. He walks with difficulty and in a crouched posture, and is obviously in great pain.

History
Ron explains that two weeks ago, he fell from the tailgate of his truck and attended the local ED. In the fall he hit his head, resulting in a laceration across the back of his skull and a feeling of light-headedness.

The ED took CT scans of Ron's head and sutured the laceration. Ron says he told them he had back