A rare and puzzling rash

Holly, aged 26, presented with a nine-month history of a rash under her breasts. 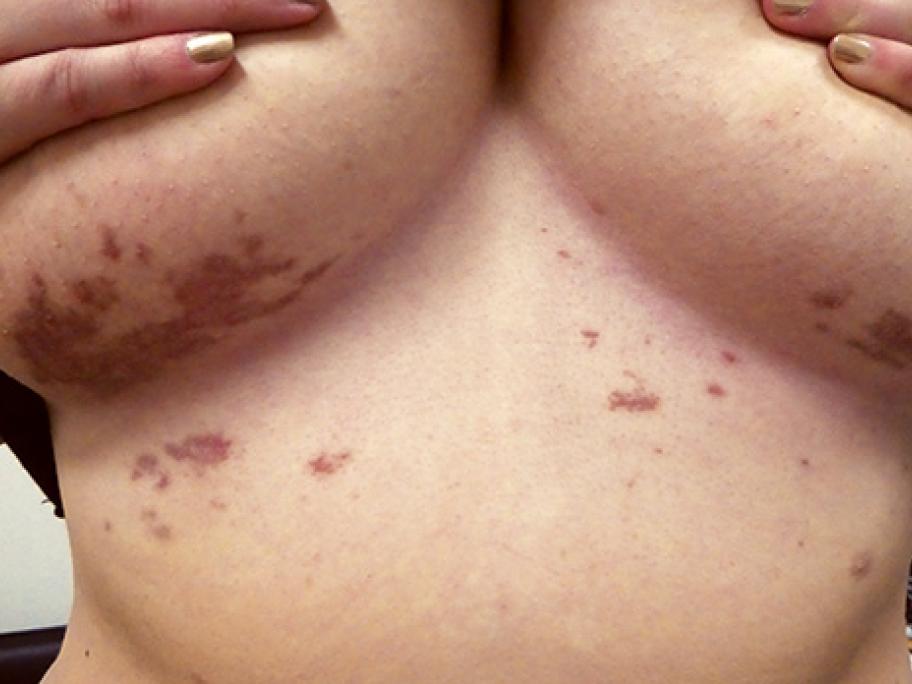 The rash was initially pruritic and erythematous; however, after a few months, it had evolved into asymptomatic, purple-brown plaques.

There were also several small papules on her lower abdominal area.

History
Holly had tried applying apple cider vinegar, antifungal cream and topical corticosteroids, with no improvement and no worsening of symptoms on cessation.

She was otherwise medically well and took no regular medications.