A 3cm-long zipper has been found lodged in a baby’s oesophagus after his parents became worried about his persistent coughing, vomiting and refusal to breastfeed. 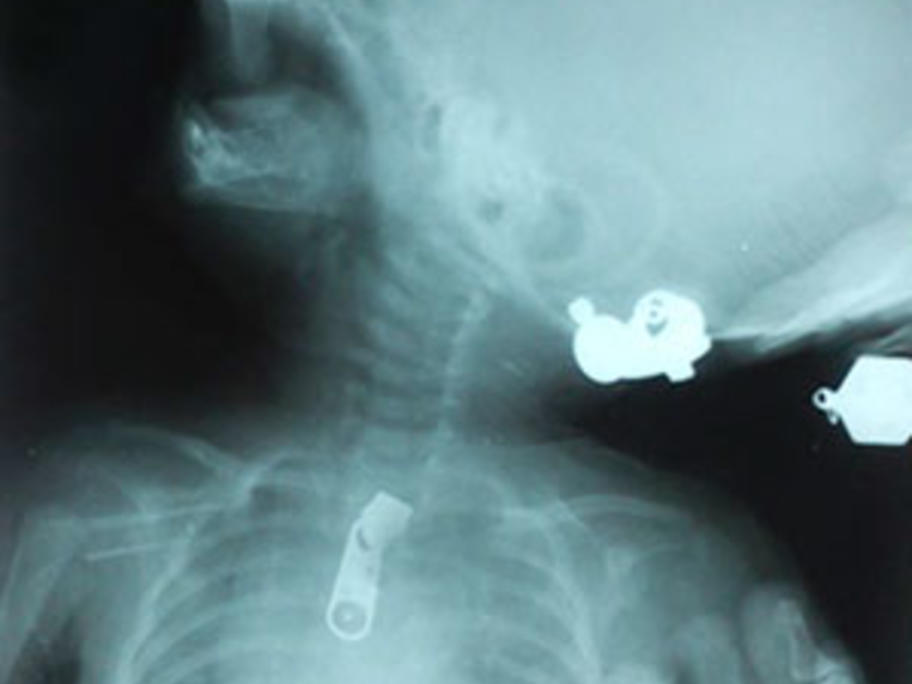 The two-month-old's parents did not see him ingest the zipper but took him to hospital after two weeks of unexplained symptoms.

Doctors discovered the zipper when they performed a neck X-ray and removed it in one piece using grasping forceps.

The baby recovered well and was able to breastfeed again after 24 hours.

Writing in BMJ Case Reports, his treating doctors from