Dentists have reported an unusual case of swollen lips in a young girl. 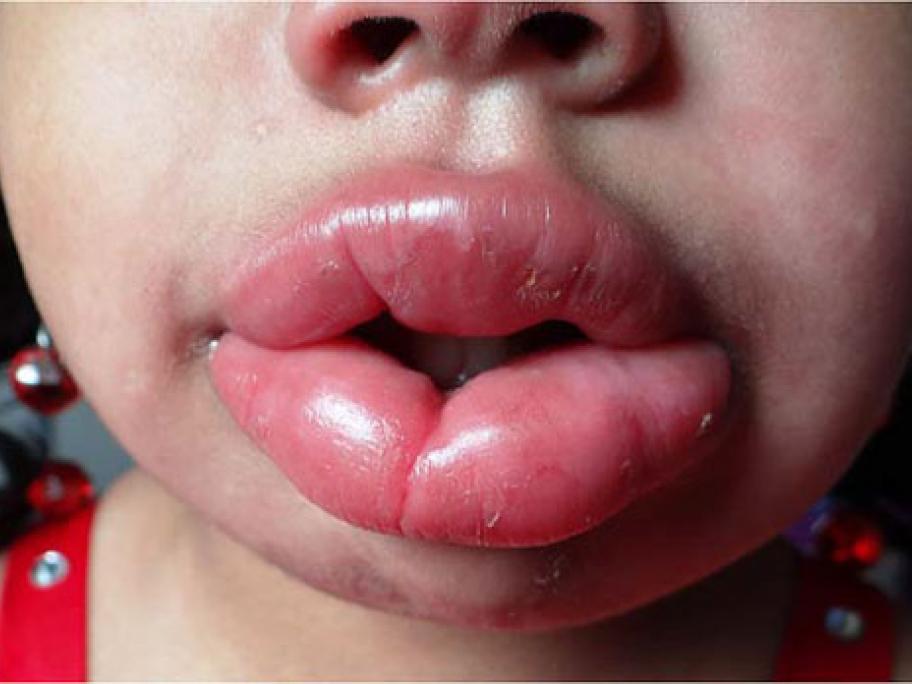 The eight-year-old presented with a six-month history of recurrent lip swelling episodes.

Her parents reported that each episode began with redness of her cheeks, before her lips gradually grew in size (see above).

“They could not correlate the occurrence of swelling to any systemic illness, possible allergens or drugs,” said the dentists from MES Dental College in India where she was treated.