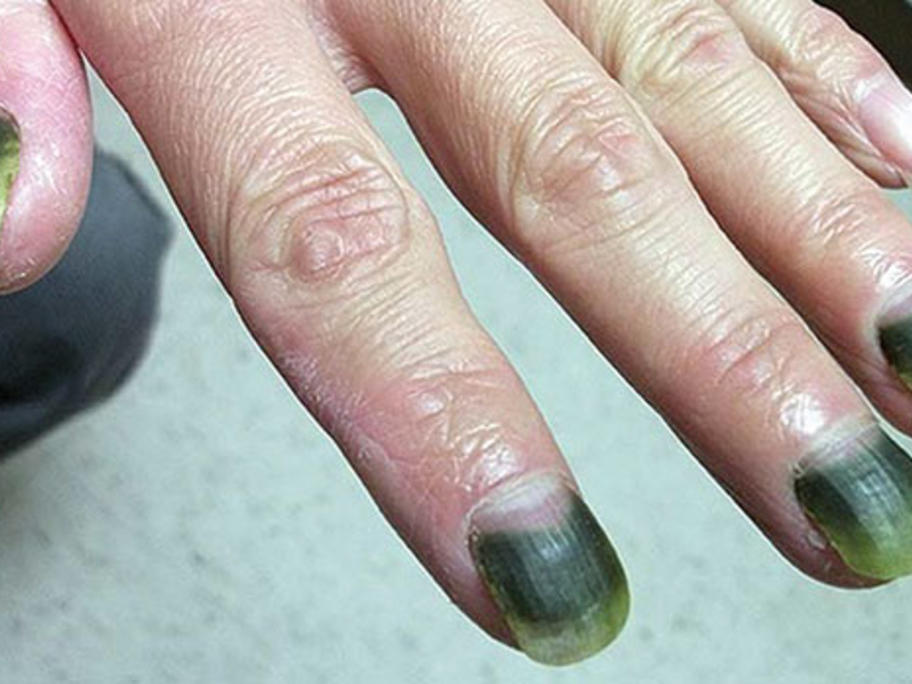 Although he reported always wearing latex gloves while working directly with chemicals, he admitted to his GP that they often became moist after he left them on for too long, and that he tended to use his bare hands to wash up