Maggot invasion of the legs

A case of malodorous crusting legs infested with maggots has recently been reported in a patient with coeliac disease. 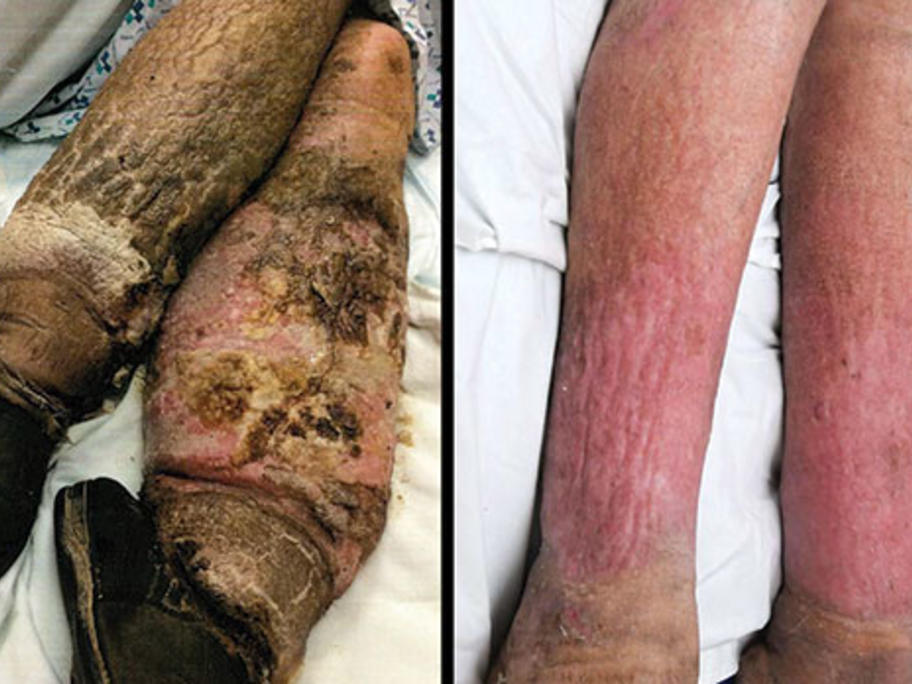 The 62-year-old English man admitted to doctors that he had been poorly compliant to a gluten-free diet, which was believed to explain his high albumin level, lymphoedema and secondary cutaneous changes.

Dermatologists at the Norfolk and Norwich University Hospital in the UK cleaned the man's legs with a greasy emollient, removed the necrotic tissue using tweezers and pulled out the maggots that were feeding on the dead flesh (see image: