A 68-year-old man who presented to a US hospital with a large, non-healing foot ulcer has been found to have a rare form of melanoma. 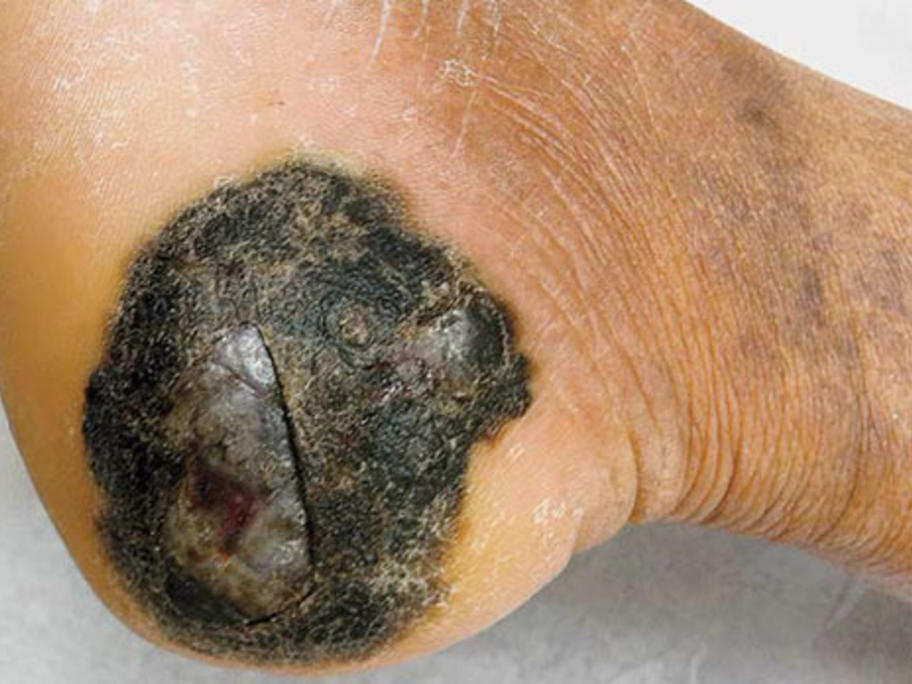 The man told doctors that the 6cm-wide lesion had emerged on his left heel about two years ago.

An excisional biopsy revealed it was an acral lentiginous melanoma with a Breslow depth of 2mm.

The melanoma was surgically excised with 2cm margins.

Luck was on the patient's side: a subsequent sentinal-lymph-node biopsy of the left inguinal nodes was negative and there was no evidence of recurrence