UK doctors have documented the case of a man who developed a 2kg mass on the left side of his neck. 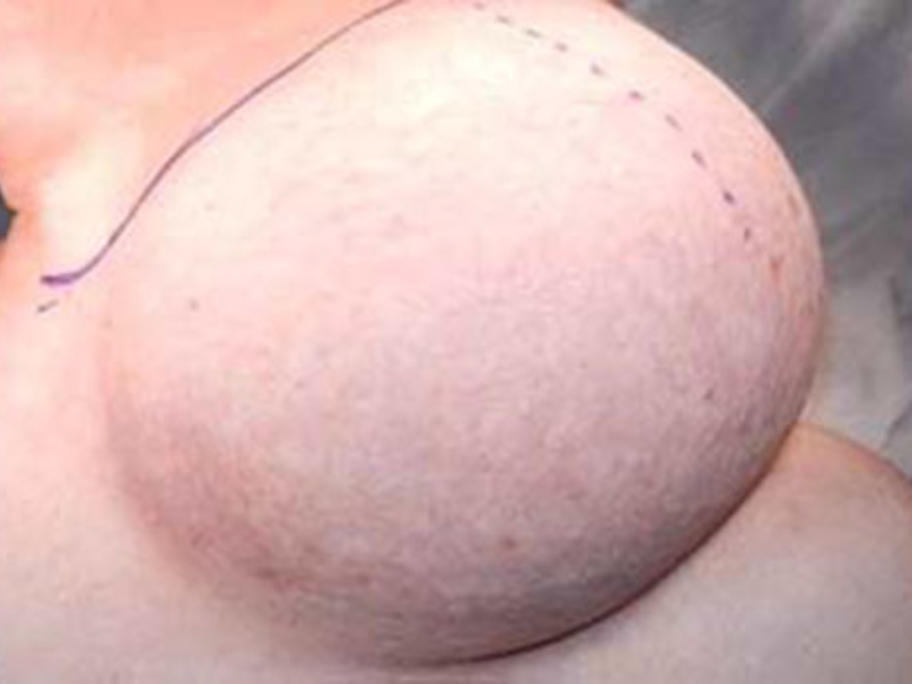 The mass had been growing for several years and had made it difficult for the 63-year-old to turn his head.

He told doctors at Royal London Hospital that he was experiencing neck pain and intermittent paraesthesia in his arms.

The growth, which was 30cm x 20cm x 20cm in size and weighed about 2kg, was surgically excised (see below).