The mysterious case of vanishing bones

A series of scans taken over the course of 18 months shows a woman’s bones slowly disappearing, in a case that must have had her doctors double checking the X-ray machine. 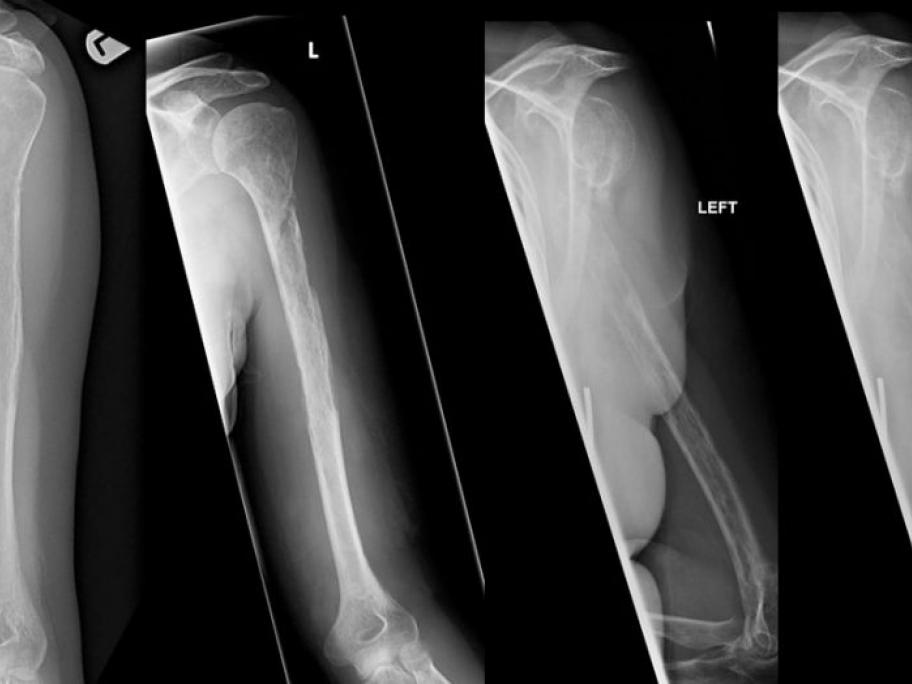 The 44-year-old patient initially presented with a painful left shoulder, and an MRI scan revealed a lesion in her humerus.

A third biopsy finally confirmed the presence of a benign vascular tumour, probably caused by a fracture sustained following a minor fall.

But when the woman was still experiencing pain and swelling