A video has emerged of a rare and extraordinary 'en-caul' birth, during which the baby is born with the amniotic sac still perfectly intact, fluid and all. 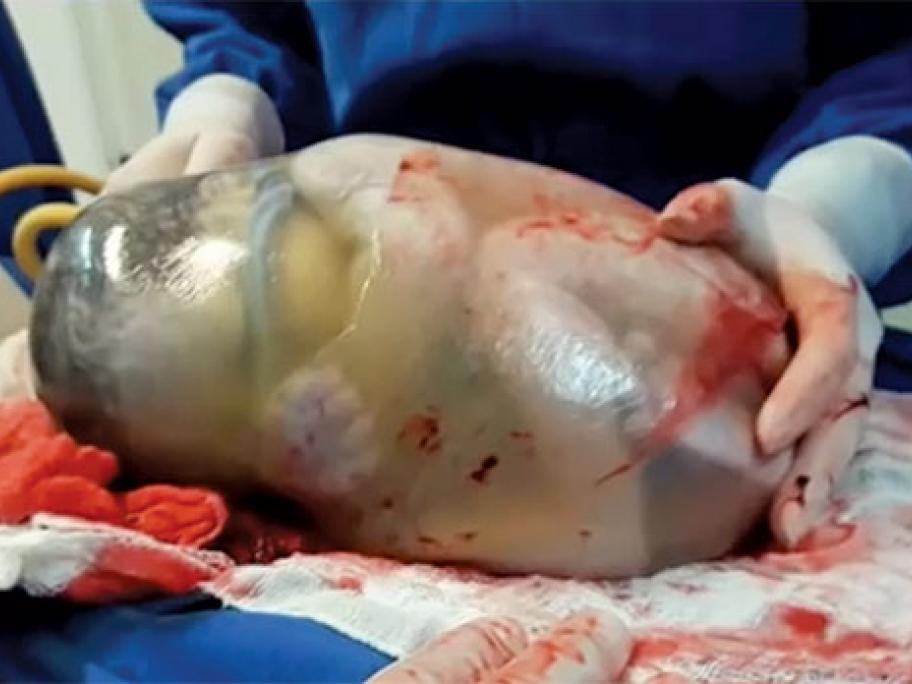 A nurse at the Hospital Santa Casa Misericordia in Sao Paulo, Brazil, filmed the phenomenon, describing it as “magic”. She later posted the video on Facebook and YouTube, where it went viral.

After the delivery of its twin via caesarean section — whose amniotic sac was most likely incised in the traditional manner — the second baby appears, still entirely encased in the membrane.