A brave educational revolution is underway at the Monash University Faculty of Pharmacy and Pharmaceutical Sciences. 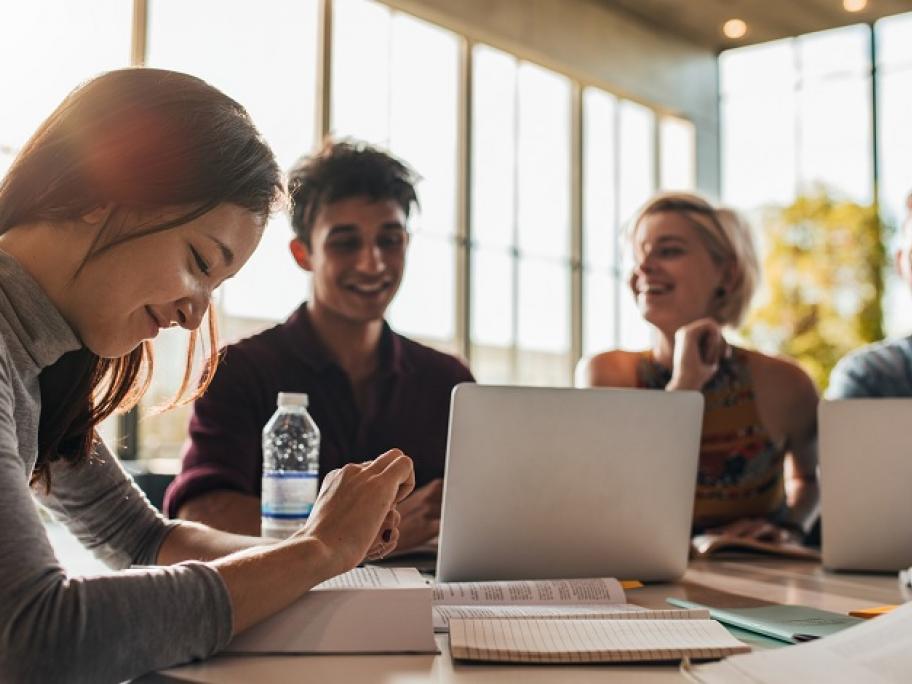 Out are didactic lectures with students furiously taking notes and memorising details about as many indications and medications as possible.

In are the ‘Monash 38’ — the most common diseases and syndromes, and deep interactive learning about the medications used to treat them.

There is a strong focus on group work, interdisciplinary discussion and case studies to solve medication-related issues associated with the disease state and medications students are studying at the time.

“They are actually doing the work, not hearing about someone doing the work,” says Professor Tina Brock, director of pharmacy education at the university.

Although the focus is on 38 diseases, the students are equipped with research skills to find information on less common or specialised conditions.

“You can’t teach them every disease and every drug, it’s just not possible. We’d rather give them a tool kit and make sure they know how to use those skills,” Professor Brock say.

It’s a bold move for the faculty, which for two years running has come second, between Harvard and Cambridge, in the QS Top University rankings.

But, as Professor Brock explains, that ranking reflects mainly the research output. Monash wants to show its educational credentials are also world-leading.

The move to course-wide interactive teaching was driven by the findings of large international study and local pilots.

The study, published in the Proceedings of the National Academy of Sciences of the United States of America, concluded that if education was a clinical trial, it would be unethical to continue teaching the old way.

“We have much more information at our disposal now and we know that engaging students in the learning process is the thing that helps them,” Professor Brock says.

“Deliberate practice and feedback are the only way to have long-term retention of knowledge and skills.”

Community and hospital pharmacists have helped reshape the teaching approach.

They had given the faculty feedback that while graduates were bright and smart, “they can’t do very much”, Professor Brock says.

This was partially a by-product of trying to teach as many medications and disease states as possible, she says.

A sign of the success of the new approach came when a group of second-year students picked up an anomaly that may lead to a change in the Australian Medicines Handbook.

Tasked with finding a medication-related problem for a patient on dialysis, they identified that a drug administered according to AMH recommendations might lower the patient’s blood pressure too much.

Feedback was provided to a nephrology pharmacy expert group, which will be recommending a change in the next edition.

“These are second-year students. For them to identify [the problem], communicate it and advocate for the change, that’s a pretty big,” says Professor Brock.

Collaboration with other health professionals is a core to the teaching philosophy, with pharmacy students taking part in workshops with nursing and medical students.

“We know patients get the best care when everyone on the team is interacting and practising at the top of their scope of practice. But to do that, we need to understand what the scope of practice is.”

In one workshop, the ratio was one pharmacy student to two medical students, but Professor Brock says it was “magic” watching her students advocate the best care for the patient, in this case someone affected by thunderstorm asthma.

While the real impact will be seen when the students go out on longer placements, she believes the collaborative approach will help de-escalate turf wars between the professions.

“Maybe in the distant future, we will come down to the last two things that need to be done and we can fight about it. But we are so far away from that that it doesn’t serve anyone’s interests to not work collaboratively.”

However, she acknowledges that collaboration is a skill that must be taught.

“Working as a team is hard,” she says.

In addition to Australian collaboration via the National Alliance for Pharmacy Education, Monash has an alliance with the University of North Carolina in the US and University College London in the UK.

“It wouldn’t be acceptable to us that just our graduating class was really great. It’s not enough. That will only help a very small number of people.

"But if we work together with some of the best programs world-wide, imagine what a difference that could make.”