Doctor's surgery on teddy bear wins hearts around the world

'I just thought I might make some people smile somewhere'

It was his first tweet, and his only surgery on a teddy bear, but for a Canadian brain surgeon, efforts to calm a young patient before an operation have gone worldwide. 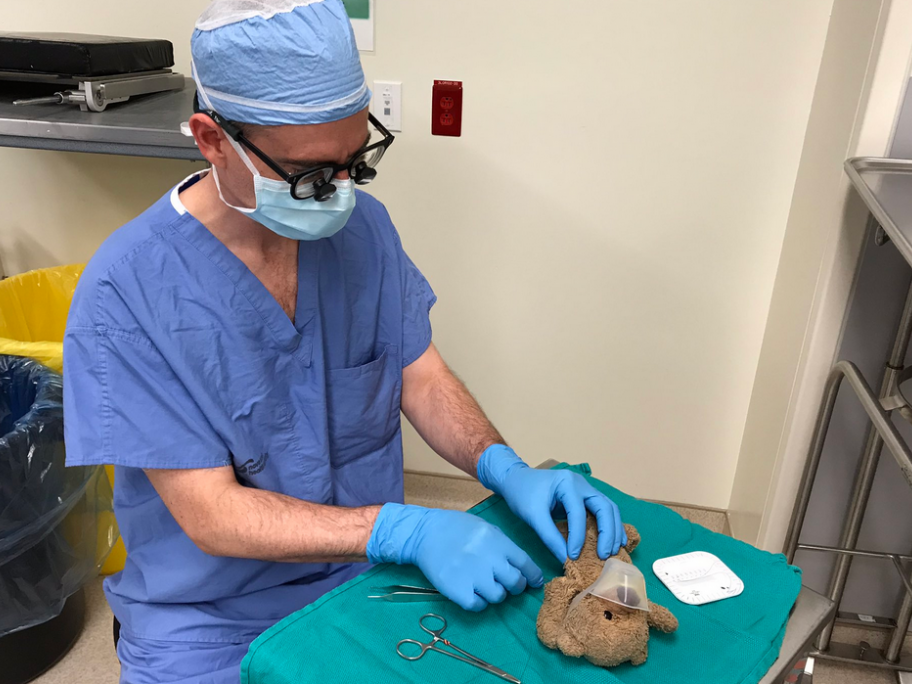 The medic, from Halifax in Nova Scotia, tweeted the picture taken by a colleague, after performing the delicate bear surgery.

Dr McNeely wrote: “Patient asks if I can also fix teddy bear just before being put off to sleep... how could I say no?”

His patient, identified as Jackson McKie, was on his way to theatre when he asked Dr McNeely whether he could also fix his soft toy, Little Baby, according to a report by Canadian news organisation CBC News

After operating on the boy, Dr McNeely then turned his attentions to the bear, using stitches to suture an underarm rupture.

A colleague captured the moment and in his first ever tweet, Dr McNeely’s social media post has been liked by 40,000, shared 18,000 times and garnered 830 comments.

Patient asks if I can also fix teddy bear just before being put off to sleep... how could I say no? pic.twitter.com/WOKFc5zr91

The boy was reported as having hydrocephalus, and the surgery was to fix a shunt.

The attention was unexpected, and “not what I was looking for”, Dr McNeely told CBC News.

“I just thought I might make some people smile somewhere.

“There’s always a few stitches that are left over from the case itself and they normally get disposed of.”

On Twitter, Dr McNeely made a joke about putting a mask on Little Baby.

“He’s one of the nicest human beings I’ve ever met,” Jackson’s father, Rick McKie, said of the doctor who has cared for his son since birth, according to Canadian news service Global News.

“When we get there we’re terrified to death, but every time we talk to Dr McNeely we feel better,” Mr McKie said.

Social media posters also responded warmly to the surgeon, tweeting comments including “You restore my hope in humanity,” and “This is simply awesome”.