The social giant prefers 'stool' over 'poo' — but is that how people talk?
By Carmel Sparke 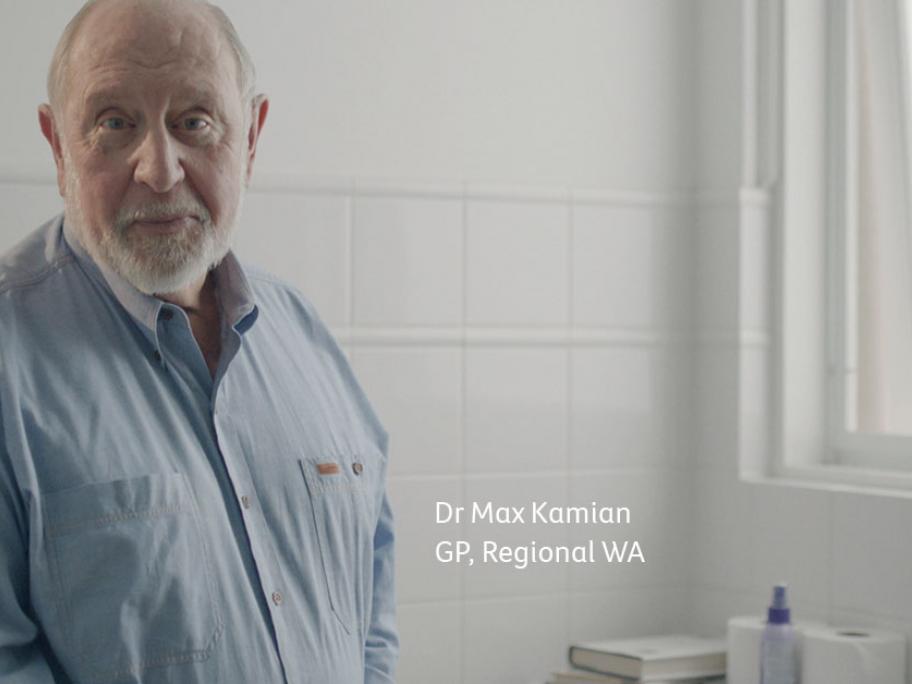 A screenshot from the campaign, featuring Max Kamien.

Professor Max Kamien and a list of other WA GPs were recruited for advertisements urging people to check for blood in their faeces and urine as part of early bowel and other cancer detection. In a move to make the message as clear and unambiguous as possible, the