The legislation requiring all cigarettes to be sold in drab olive-brown packs with prominent health warnings passed the Upper House on Thursday evening.

Plain packaging is now set to be enforced from December 2012.

British American Tobacco Australia confirmed last week it would launch a challenge to the laws as soon as they received royal assent, challenging whether the government can legally remove its trademarks and other intellectual property without compensation.

Despite Labor insisting it is on strong legal ground with the laws, government Senator Jan McLucas told the Upper House the question of funding for a legal challenge was only hypothetical. 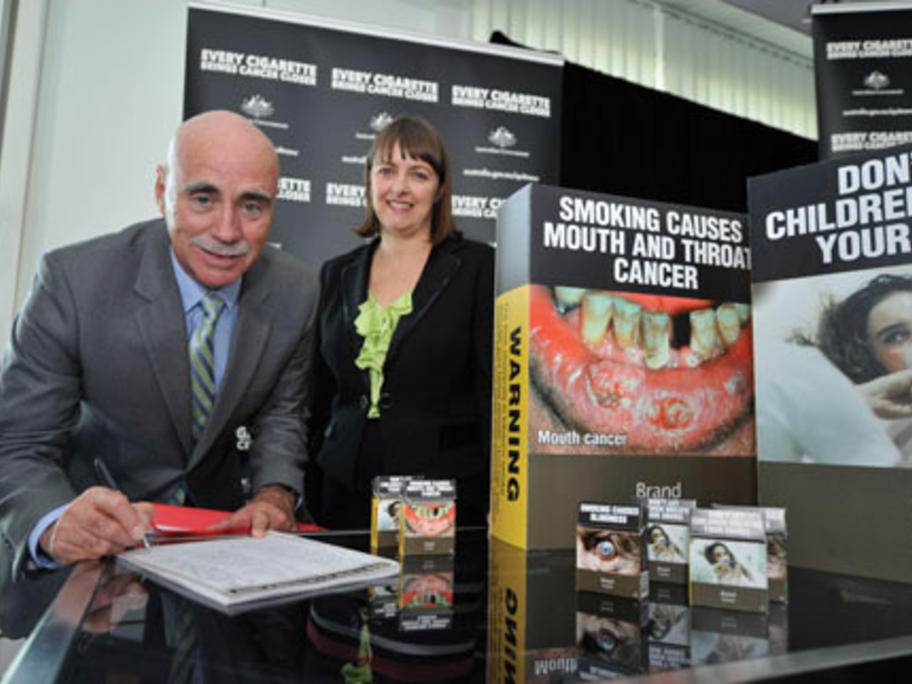