Kalydeco campaign takes to the skies

A campaign to push the Government to list cystic fibrosis treatment, Kalydeco, on the PBS is taking to the skies about Parliament House in Canberra today. 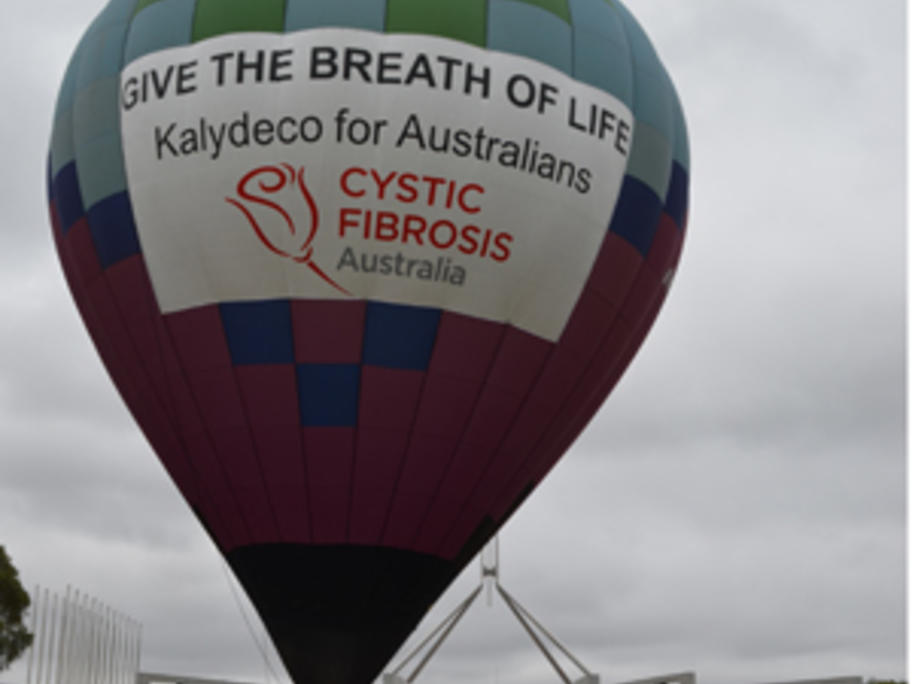 With MPs returning to parliament for the first time this year, a billboard affixed to an eight story high hot air balloon has called on the Federal Government and the manufacturer of Kalydeco to agree on a price for the medicine and “Give The Breath of Life” to 200 Australians living with cystic fibrosis caused by a gene mutation known as G551D.