The result is a surprise for scientists

Influenza virus infectivity persists in aerosols and droplets across a range of relative humidities so long as extracellular material from the apical surface of airway epithelial cells is present, a study suggests. 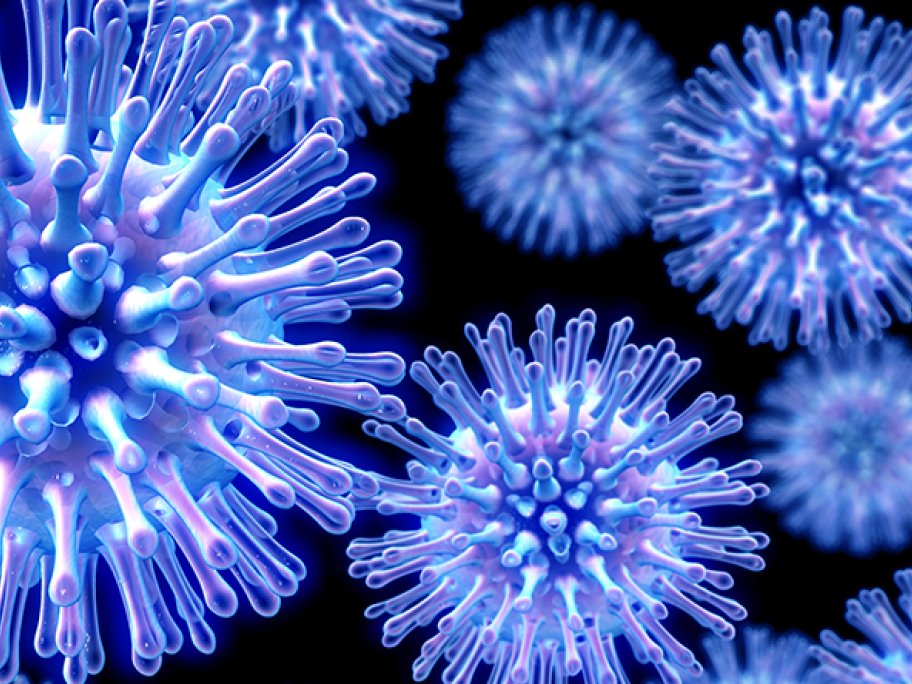 "The most surprising result was that the viruses in aerosols did not decay, across a wide range of relative humidities … after an hour," two of the US researchers said by email.

All previous studies that had looked at survival of flu virus in droplets and aerosols have shown a loss in infectivity at medium and/or high relative humidities, they said.

"We combined the virus with respiratory secretions from a human lung, which is different than what has been used in other studies," they said.

"These data really highlight that we may have been wrong about the persistence of influenza viruses in our environment."

The authors studied the viability of 2009 pandemic influenza A(H1N1) virus in suspended aerosols and stationary droplets over a wide range of relative humidities in media supplemented with human bronchial epithelial extracellular material.

Surprisingly, the amount of infectious influenza A virus in aerosols decreased negligibly at all relative humidities tested, the team reported in Journal of Infectious Diseases.

"These data support the notion that influenza virus may have evolved to exploit host protective barriers to support efficient airborne transmission via creation of a stable microenvironment for the viruses released into the air," the team wrote.

They tested bacteriophage phi6, an enveloped virus, under similar conditions and also found little to no decay at all relative humidities tested, so long as lung extracellular material was present.

"Our results suggest that the virus retains full infectivity in droplets and aerosols, which can be produced by regular breathing, coughing, and sneezing, for at least an hour under all typical indoor conditions," they said.

"There is now a lot of evidence showing that airborne transmission of influenza is likely to be an important route of transmission, so we should consider precautions beyond just vaccination and handwashing to help reduce the spread of influenza," they said.

"Physicians could recommend that patients who are sick wear a mask to help reduce the chance that their friends and family will get sick."

Commenting on the study, Dr Walter Hugentobler of the University of Zurich, Switzerland, said: "The article confirms the idea that mucus as a carrier matrix of pathogens is protective and not destructive. Mucus, as droplet matrix, is most likely the reason for persistent infectivity for days and even weeks in settled influenza viruses." — Reuters Health