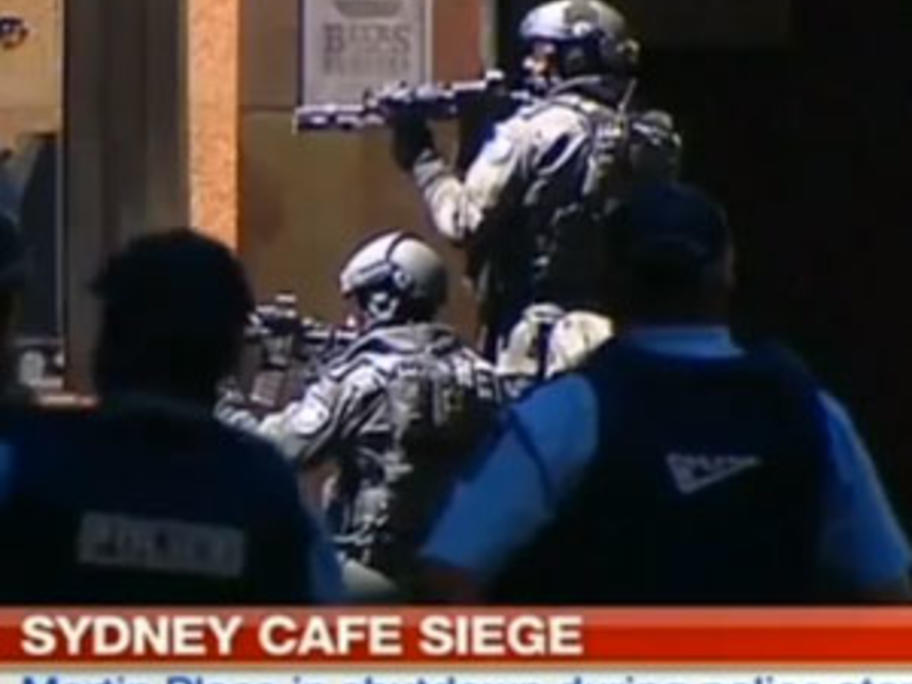 Sydney hospitals have been placed on alert and are standing by to take casualties in the event that the terrifying siege in the city's CBD escalates.

The state’s crisis response protocols were triggered Monday morning when NSW Police were called to an “armed incident” in Sydney’s Martin Place where a man has been holding an undisclosed number of hostages inside a Lindt Chocolat Cafe for six hours.

Just 120 metres away Sydney Hospital is on standby for emergency