In January 1982 the Australian pharmacy profession was facing workforce concerns as a pharmacy rationalisation program was being implemented, while employee pharmacists in NSW were pushing for a pay rise. 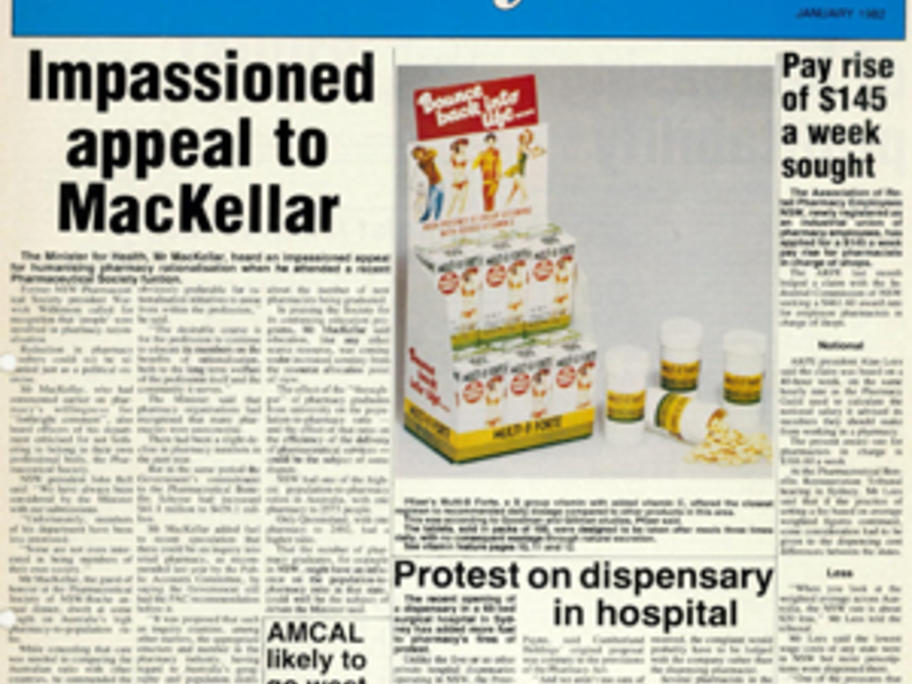 The Minister for Health, Michael MacKellar, heard an impassioned appeal for humanising pharmacy rationalisation when he attended a recent PSA function.

Former NSW PSA president, Warwick Wilkinson called for the recognition that “people” were involved in pharmacy