Pharmacy owners across regional Australia were feeling discontent about aspects of the Pharmacy Guild of Australia’s agreement with the Federal Government, in January 1996, while Victoria’s Transport Accident Commission was warning about the dangers of driving while on medications. 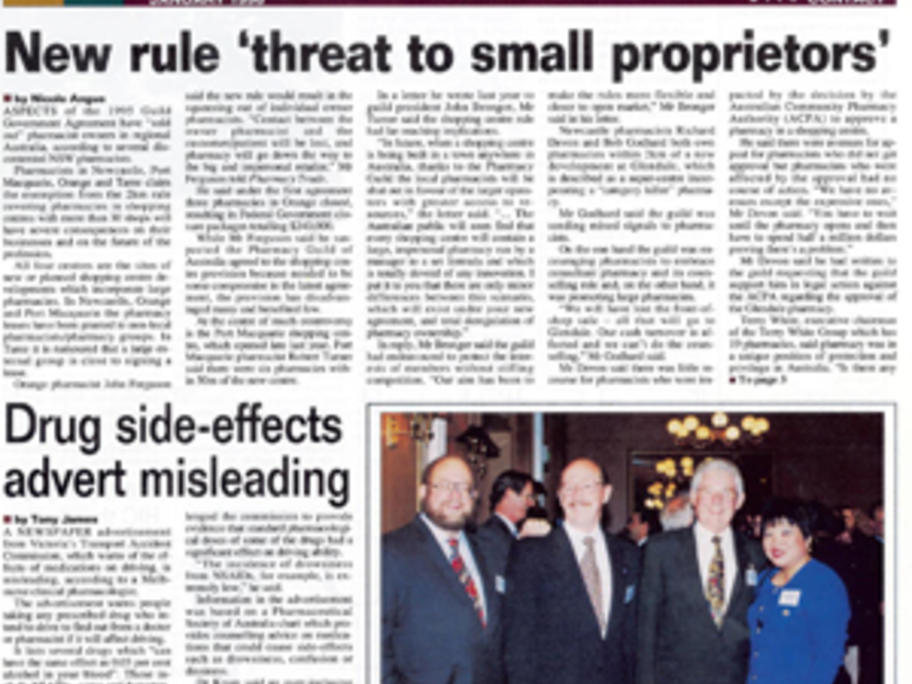 Aspects of the 1995 Guild Government Agreement have “sold out” pharmacist owners in regional Australia, according to several discontented NSW pharmacists.