Pharmacists from across Australia were united in their opposition to proposed cuts to professional fees in March 1989, while wholesalers were pushing a new retail future. 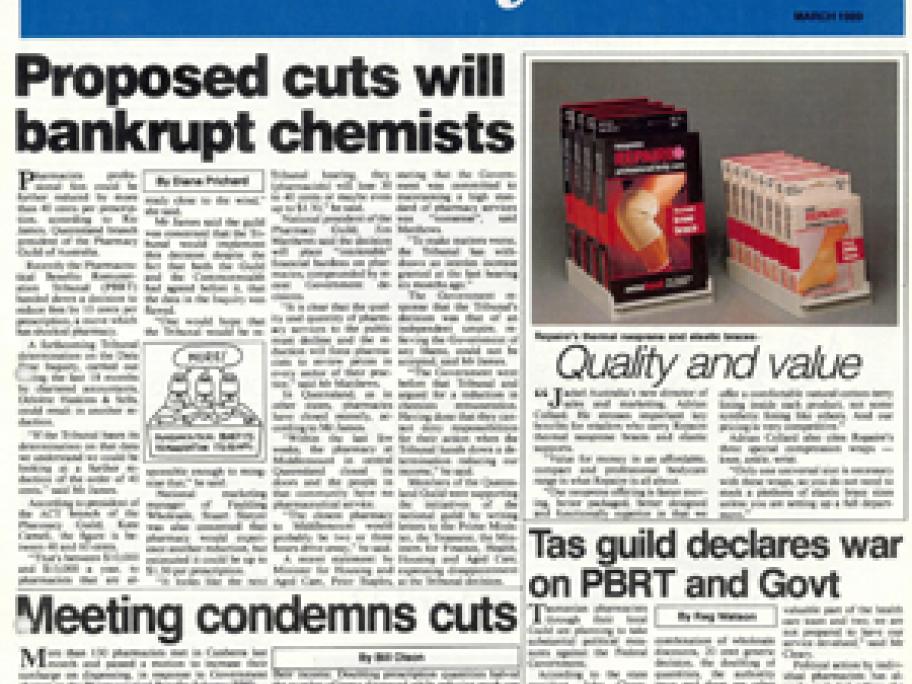 Pharmacists’ professional fees could be further reduced by more than 40 cents per prescription, according to Ric James, Queensland branch president of the Pharmacy Guild of Australia.

Recently the Pharmaceutical Benefits Remuneration Tribunal (PBRT) handed down a decision to reduce fees by 10 cents per prescription, a move which has