Taking low-dose aspirin daily doesn’t preserve good health or delay the onset of disability or dementia in healthy older people. This was one finding from our seven-year study that included more than 19,000 older people from Australia and the US. 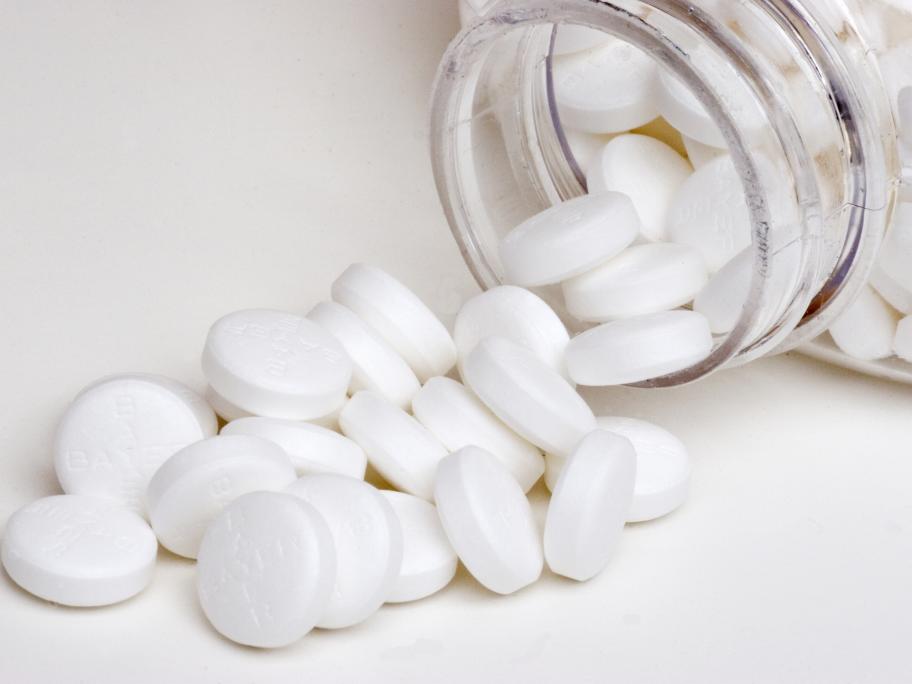 We also found daily low-dose aspirin does not prevent heart attack or stroke when taken by elderly people who hadn’t experienced either condition before. However it does increase the risk of major bleeding.

It has long been established that aspirin saves lives when taken by people after a cardiac event such as a heart attack. And it had been apparent since the 1990s there was a lack of adequate evidence to support the use of low-dose aspirin in healthy older people. Yet, many healthy older people continued being prescribed aspirin for this purpose.

Read more: How Australians Die: cause #1 – heart diseases and stroke

With the growing proportion of elderly people in our community, a major focus of preventive medicine is to maintain the independence of this age-group for as long as possible. This has increased the need to resolve whether aspirin in the healthy elderly actually prolongs their good health.

Published in the New England Journal of Medicine on Monday, the ASPirin in Reducing Events in the Elderly (ASPREE) trial was the largest and most comprehensive clinical trial conducted in Australia. It compared the effects of aspirin and a placebo in people over the age of 70 without a medical condition that required aspirin.

Our findings mean millions of healthy people over the age of 70, and their doctors, will now know daily aspirin is not the answer to prolonging good health.

Why aspirin for prevention?

Aspirin was first synthesised in 1898. Since the 1960s it has been known that aspirin lowers the risk of heart attack and stroke among those who have had heart disease or stroke before. This is referred to as secondary prevention.

This effect has been attributed to aspirin’s ability to prevent platelets from clumping together and obstructing blood vessels – sometimes referred to as “thinning the blood”.

It had been assumed this protective action could be extrapolated to people who were otherwise healthy to prevent a first heart attack or stroke (known as primary prevention). A number of early primary prevention trials in middle-aged people appeared to confirm this view.

However more recent trials, including the ASCEND trial in diabetes and the ARRIVE trial in younger high-risk individuals, have thrown doubt on this proposition.

In older people, any effect of aspirin on reducing heart disease or stroke might be expected to be enhanced because of their higher underlying risk. But aspirin’s adverse effects (mainly bleeding) might also be increased as older people are at higher risk of bleeding.

The balance between risks and benefits in this age group was previously quite unclear. This was also recognised in various clinical guidelines for aspirin use, which specifically acknowledged the lack of evidence in people older than 70.

A trial of aspirin in the elderly was first called for in the early 1990s. But since aspirin was off patent, there was little prospect of securing industry funding to support a large trial. But controversy arising around the use of aspirin for primary prevention in the mid 2000s led to Monash University receiving initial funding from the National Health and Medical Research Council.

Another challenge was recruiting the necessary thousands of older volunteers who were healthy and living and often working in their community. Unlike most studies, we required participants who weren’t in hospital or sick.

Read more: Both statins and a Mediterranean-style diet can help ward off heart disease and stroke

This was addressed with the assistance of more than 2,000 GPs who collaborated with the research team supporting recruitment of their patients and overseeing their health. In Australia, 16 sites were established across south-eastern Australia, Tasmania, Victoria, the ACT and southern NSW, to localise study activity and host community events that kept our volunteers updated and involved.

ASPREE is the first major prevention trial to use disability-free survival as the primary health measure. Disability-free survival provides a single integrated measure of whether an intervention such as aspirin provides net benefit. The rationale is that there is little point for elderly people to be taking a preventive medication unless it preserves good health and unless benefits of the medication outweigh any adverse effects.

Large-scale preventive health studies like ASPREE will become increasingly important to help keep an ageing population fit, healthy, out of hospital and living independently. As new preventive opportunities arise they will typically require large clinical trials, and the structure of the Australian health system has proven an ideal setting for this type of study.

Other results from the ASPREE trial will continue to appear for some time. These will describe longer-term effects of daily low dose aspirin on issues such as dementia and cancer. It will also provide valuable information about other strategies to promote healthy ageing well into the future.

This article is republished from The Conversation under a Creative Commons license. Read the original article.