It is understood the hospital management has reprimanded the doctors – department head, Peter Klineman, and cardiac anaesthetist Simon Zidar – believed to be involved in the making of the video, and ordered it be removed from YouTube. 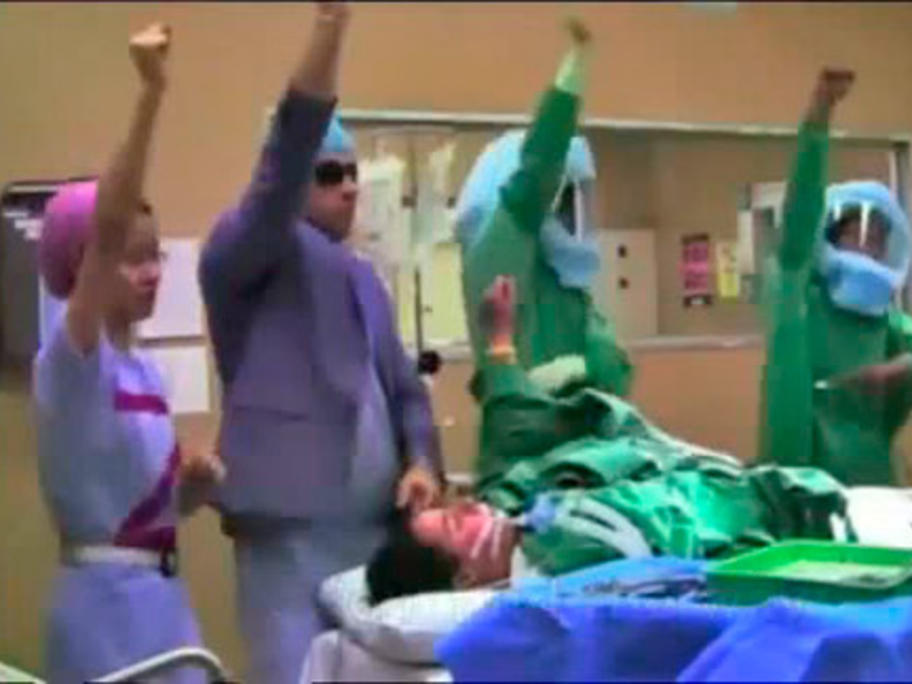 Unions have reportedly said while the video was lighthearted, its