American expat Rydal (Isaac) is leading a group of tourists on the steps of the Acropolis in 1962. He’s charming, knowledgeable and fluent in Greek. He’s also a bit of a scam artist. We know from a letter he receives that he did not attend the funeral of his academic father a month before. 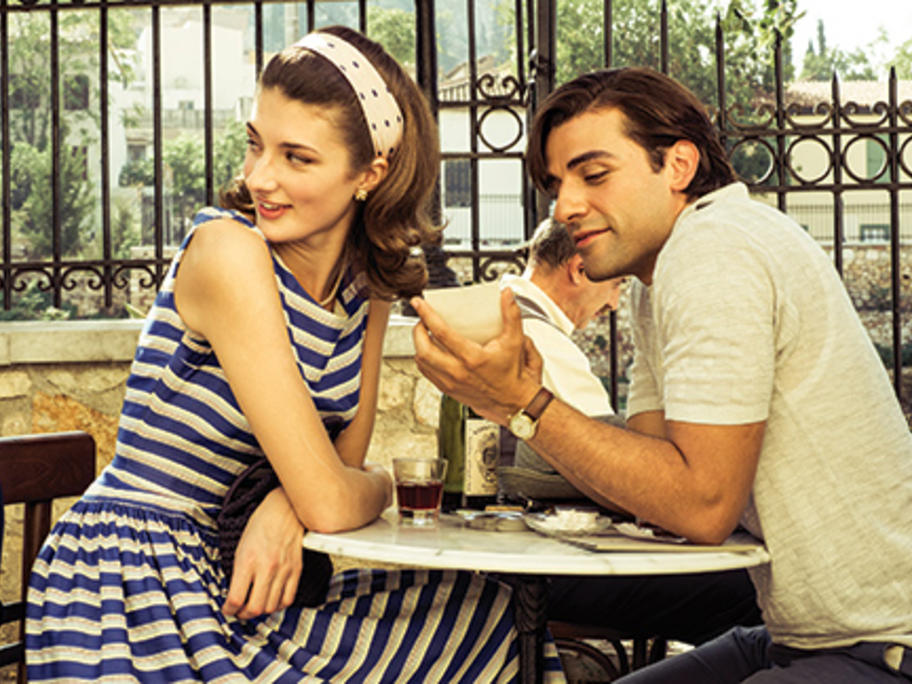 Touring the ancient monument at the same time are apparently well-heeled Chester MacFarland (Mortensen) and his wife Colette (Dunst).

When Chester spots Rydal staring at him, perhaps because he reminds him of his father, Colette chats