First it was the horror of the Undead (2003) and then the twisted vampire thriller Daybreakers (2009), and now, once again working with Ethan Hawke, comes a time travel movie with more twists than a bowl of spaghetti. 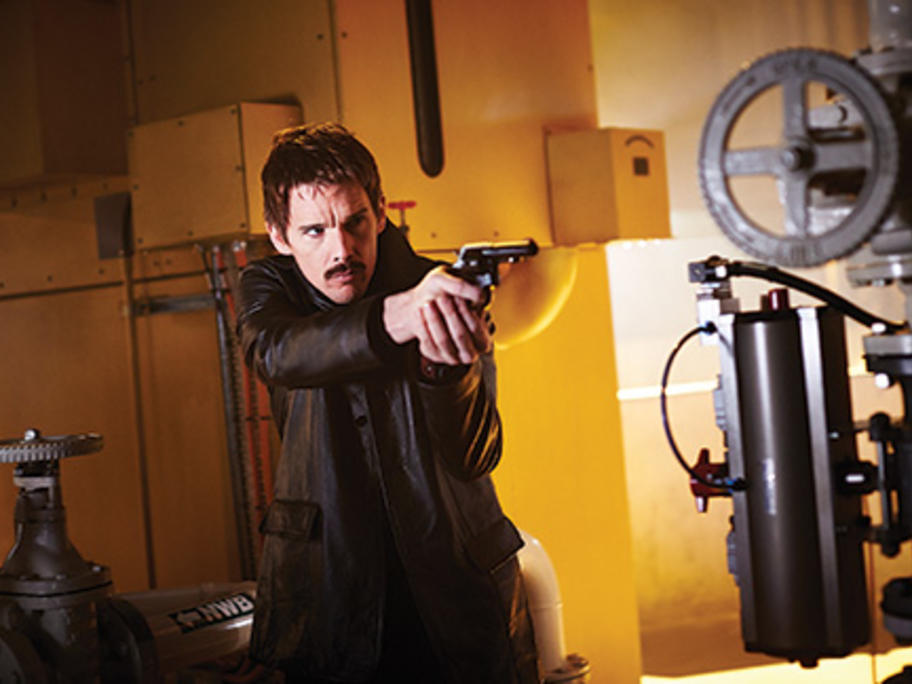 The film begins as a Temporal Agent attempts to catch an urban terrorist known as the ‘Fizzle’ Bomber. Disaster results, it literally blows up in his face, and after a long period of reconstructive surgery the Temporal Agent emerges as, well, Ethan Hawke.

Next we find him serving at a New