Having established a screen presence as a tough guy, albeit an often sensitive tough guy, his presence here is a lovely epitaph to the range of his abilities. 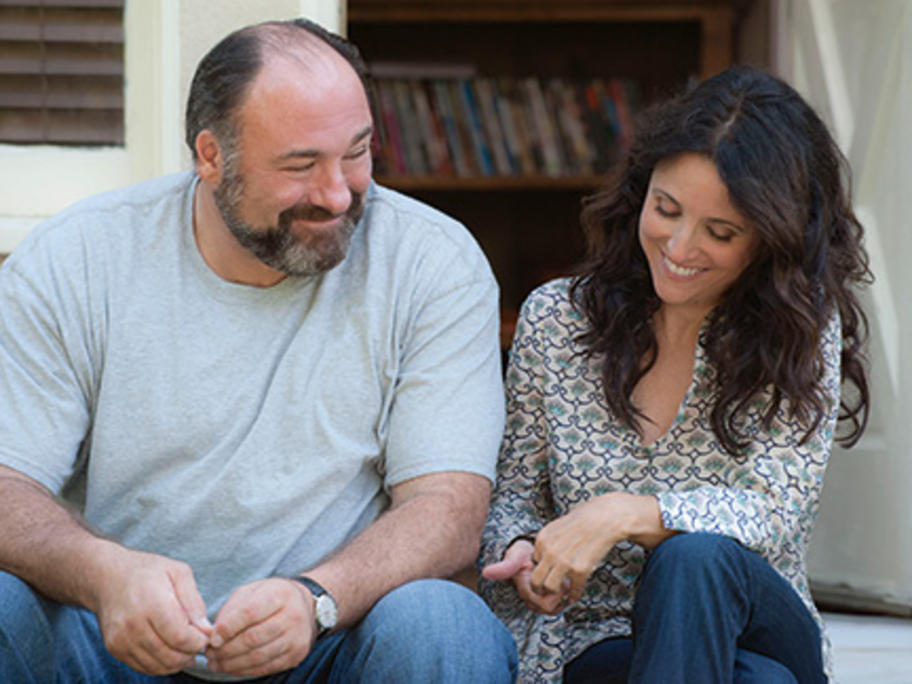 He plays divorcee Albert, who is overweight and a bit of a slob. At a party he meets divorced masseuse Eva (Louis-Dreyfus), who has been dragged along by her married friend Sarah (Collette)and has no compunction about telling him that there isn’t a single man at the party she fancies. Blunt is often her style. But there’s