He launched the movement with his award-winning Festen in 1998 but has not really matched that film since. Until now. 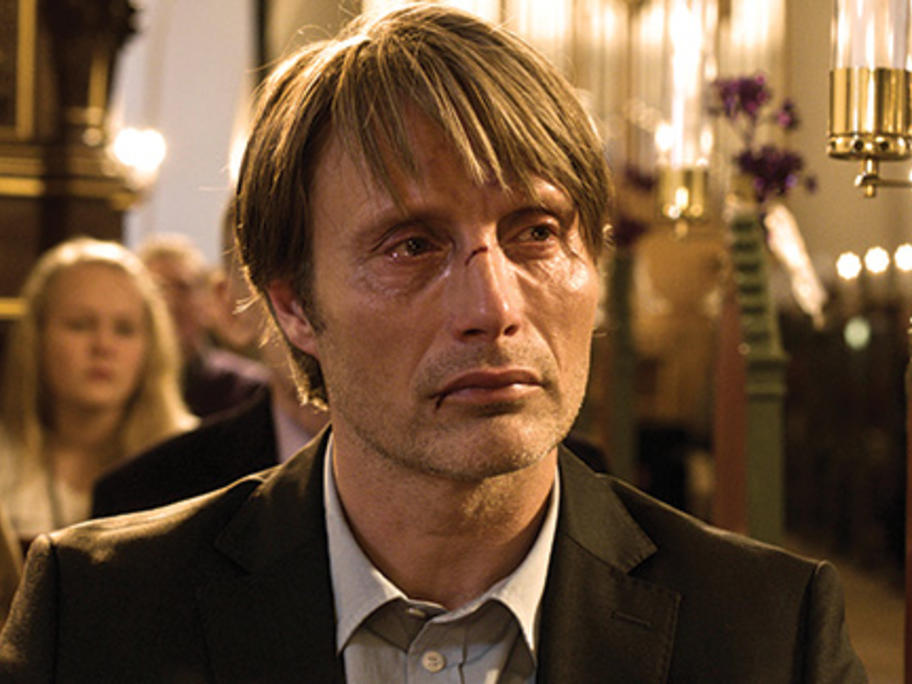 The Hunt concerns a kindergarten assistant, Lucas (Mikkelsen), who is mistakenly accused of sexually inappropriate behaviour by Klara (Wedderkopp), the young daughter of his best friend, Theo (Larsen).

Lucas is divorced, he’s lost his job as a teacher because of a school closure, and he’s