IN AUSTRALIA we have in our football codes such a thing as a ‘salary cap’, which, I gather, means you cannot offer zillions of dollars to attract the best players from other teams. It aims to level the playing field between the clubs with big bucks and those with modest means. In America, the land of free enterprise, the rich teams get the pickings. 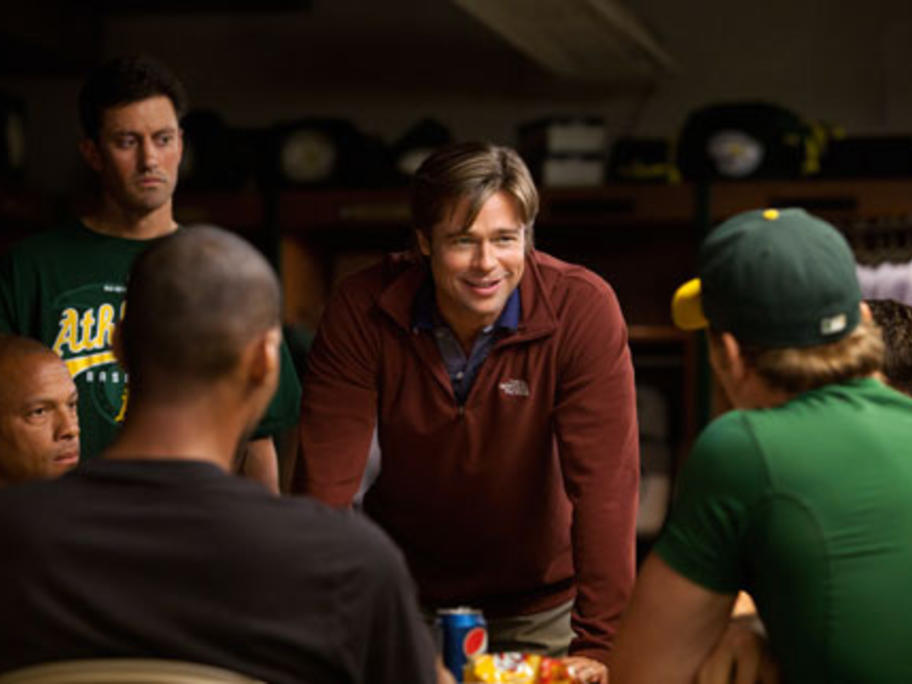 Billy Beane (Pitt), a former player who never quite made it, is general manager of the Oakland Athletics. The team has good players but they’re being picked off by the rich clubs, like the New York