These two black patches on a man’s lower back were spotted by his wife. He was unaware he had them and his wife was worried they might have been melanomas. 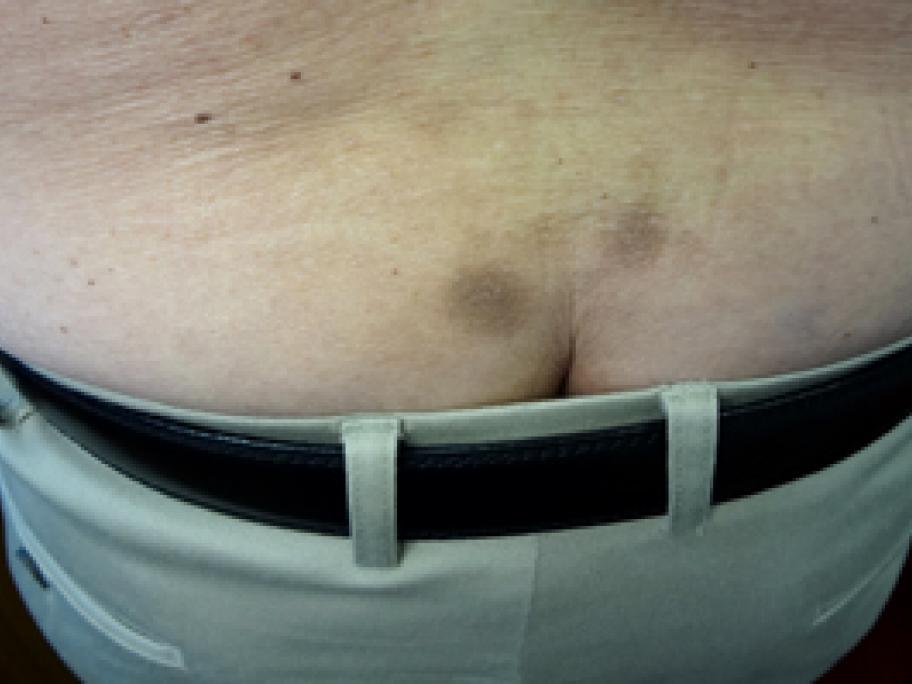 He then had an attack of gout and took some indomethacin tablets.

A few days later he noted two new dark patches in his axillae, and the ones on his back had become darker.

These hyperpigmented areas are examples of post-inflammatory hyperpigmentation, where the pigment is melanin in the dermis, due to damage from a fixed drug reaction in the skin.

It is usually a drug