Blue nodules on the skin that arise rapidly are always worrying. This lesion looks vascular and should be compressible but if it is not, there are other things to consider. Differential diagnoses include a melanoma, a vascular tumour such as Kaposi’s sarcoma and an organising haematoma. Dermatoscopy seldom helps because they are all blue! If the lesion is not pulsatile, a biopsy can be taken without concern of bleeding. If melanoma is part of the differential diagnosis a biopsy should be performed, preferably excisional, but a punch was used in this case because of big surrounding veins. It was an organised haematoma and has been left to resolve. 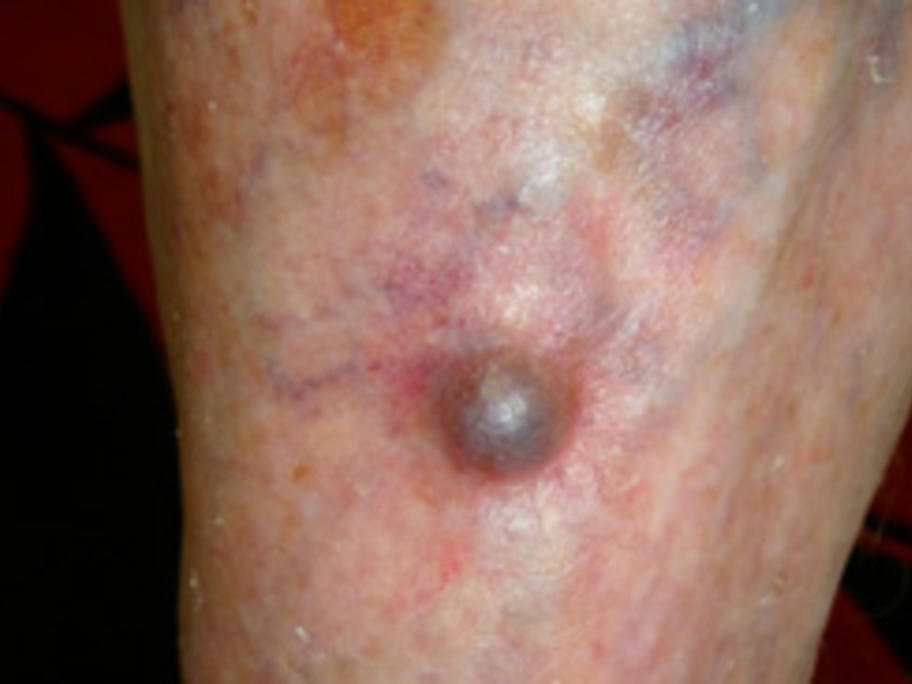