Blame the dummy for stunted men

Psychology researchers conducted several studies to see how dummy use might have affected emotional intelligence later in life. 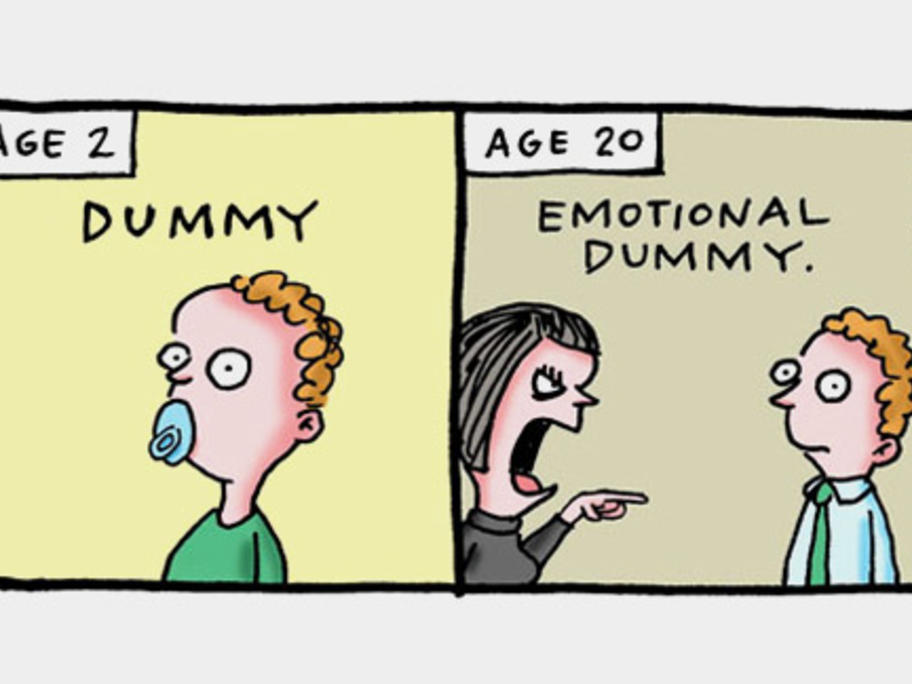 They looked at how previous dummy- and thumb-sucking habits in 106 French children aged around seven might have affected their ability to mimic facial expressions, which is how babies start to acquire emotional intelligence.

And they also surveyed university students about their dummy and thumb-sucking habits when they were children, and then measured their