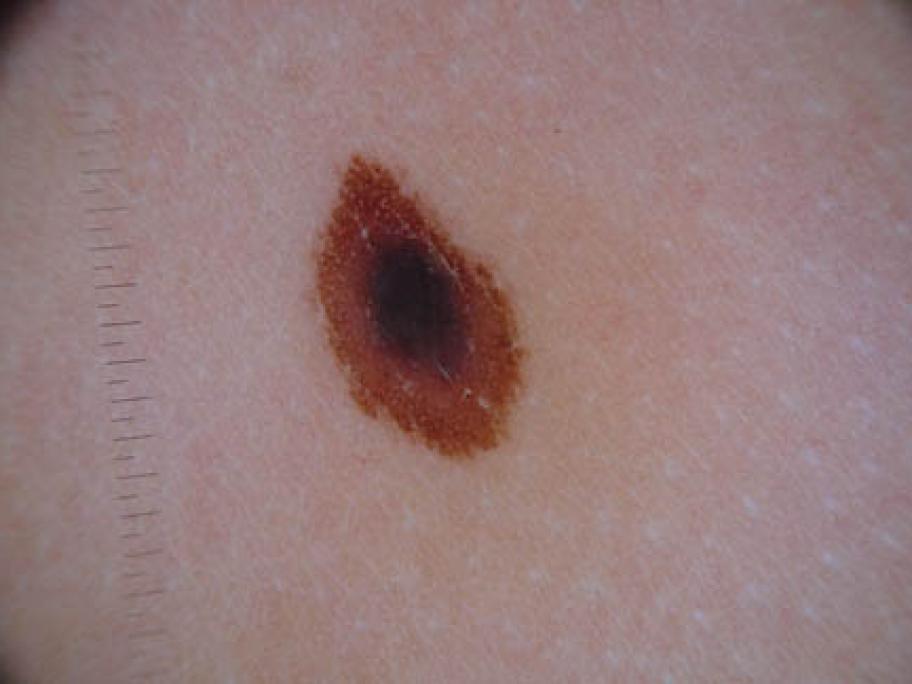 These are better described as combined naevi with two populations of naevus cells. Most lesions are on the face and sometimes have a rapid growth phase.

A common combination is a blue naevus surrounded by a common dermal nevus, or a Spitz naevus in the centre of a common naevus.

The term ‘clonal’ is probably incorrect in that the cells in each naevus subtype are not genetically identical, so ‘combined naevi’ is more accurate.