Flat on your back

KELOID scars on the back can be a problem as further surgery is likely to make them worse. A simple technique for treatment is to inject a steroid such as Kenacort-A 10. This picture shows the result after injection. The aim is to cause some blanching of the keloid by injecting a small amount of the steroid into the firm mass of the lesion. The lesion should be reviewed at four weeks and, if flattening, then the injection is repeated. A maximum of three injections is recommended. If there is no response with the A10 strength then the A40 can be diluted with local anaesthetic to A20 and tried. Most keloids will flatten considerably with this procedure. 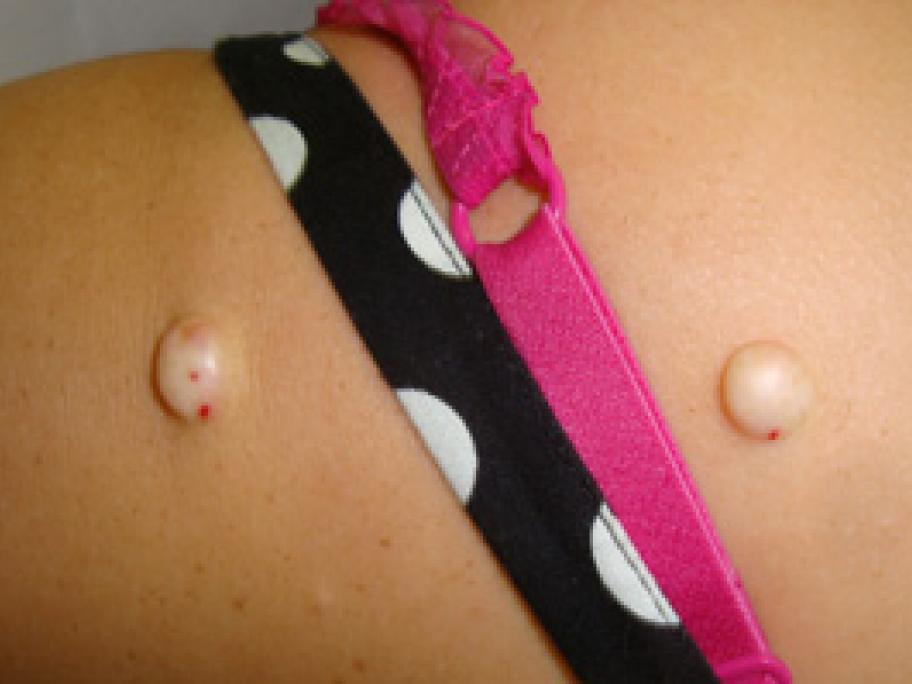