The injury healed without incident but a month or so later a small pustule arose at the injury site. He opened it but only pus came out. Subsequently the pustules increased in number and the hand became swollen with multiple deep abscesses. 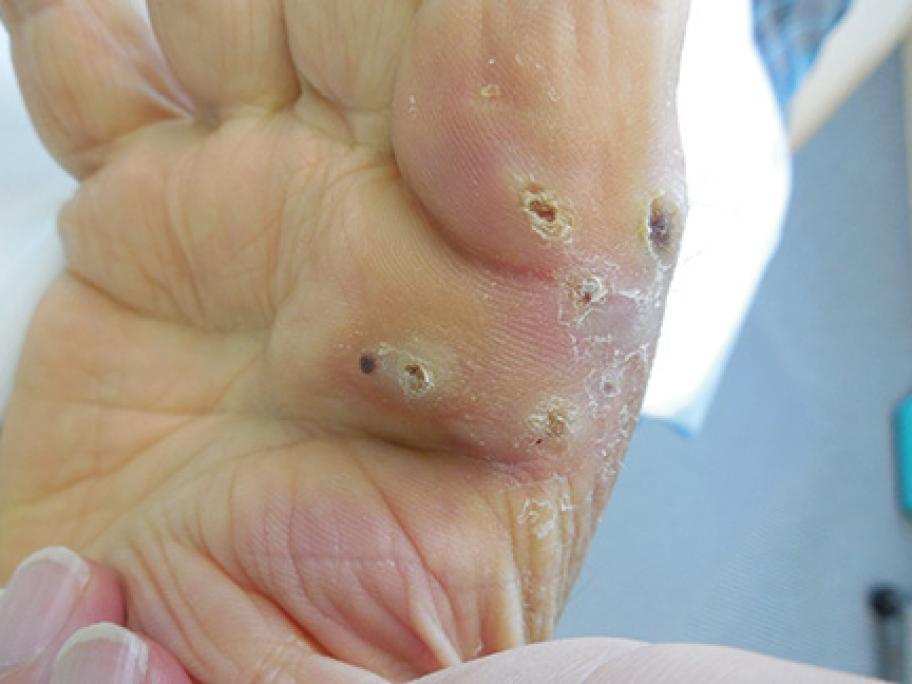 Swabs failed to grow bacteria and there was no response to seven courses of antibiotics! The important additional information here is that he had diabetes and a lung problem and was on oral steroids and methotrexate.