The U-shaped naevus over the point of the shoulder is a common pattern for Blaschko’s lines in this area. They represent pathways of epidermal cell migration during embryonic development. 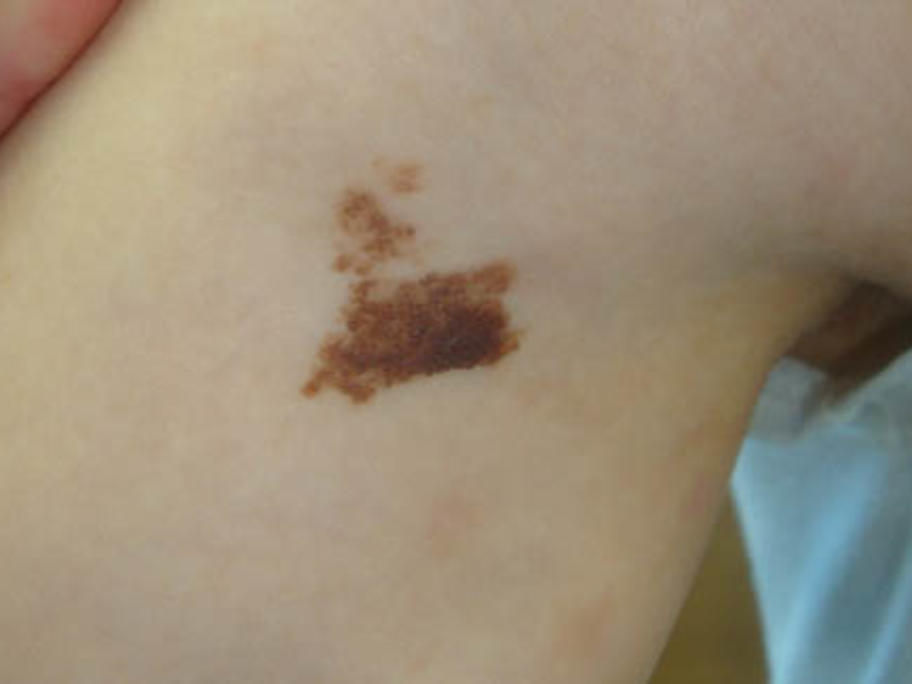 The epidermal naevus is due to mosaicism of the keratinocytes. Mutation has occurred in a cell, causing the epidermal naevus features to form when the altered cell divides and proliferates. Many inherited conditions manifest along Blaschko’s lines such as incontinentia pigmenti and conditions acquired later in life, such as lichen striatus.