This was for removal of a lentigo maligna reported fully excised. Six months later she developed pigmentation either side of the central portion of the bilateral advancement flap repair. This suggested recurrence. 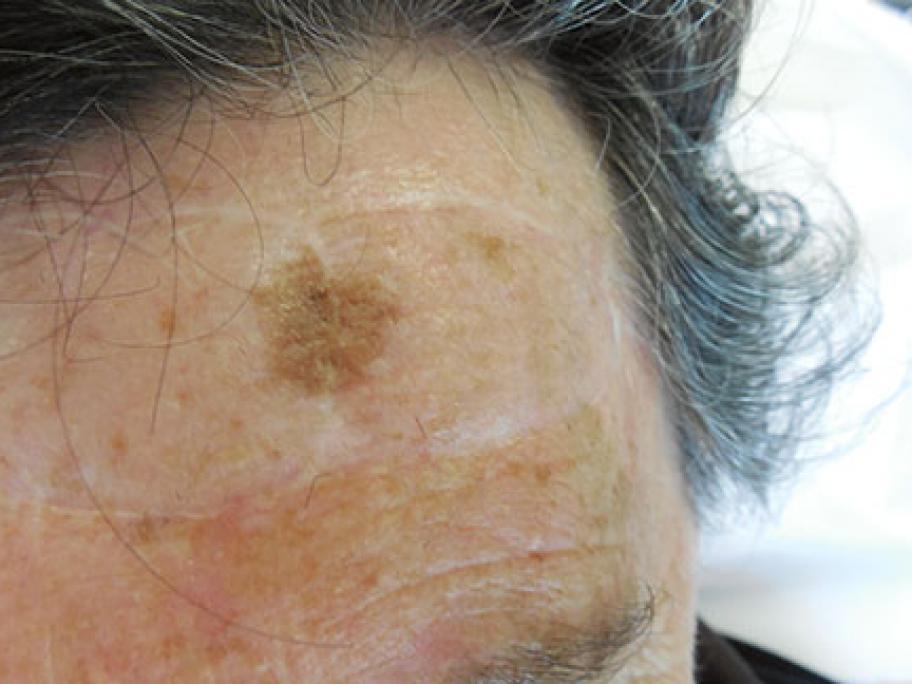 A punch biopsy would not be ideal as it gives a very small sample. She had a large shave biopsy, initially reported as a benign solar lentigo. In the clinical circumstances this was very unlikely.

The pathologist then did special melanocytic stains which showed