A 56-YEAR-OLD female presents with confluent telangiectases and erythema on the legs, forearms and torso (Figure 1). The telangiectases initially began on the lower limbs shortly after the onset of puberty. The eruptions have steadily increased in colour-intensity and confluence, progressively involving larger areas of the body. Other than the undesirable appearance of ‘redness’, the patient is asymptomatic and well. What is the likely diagnosis? 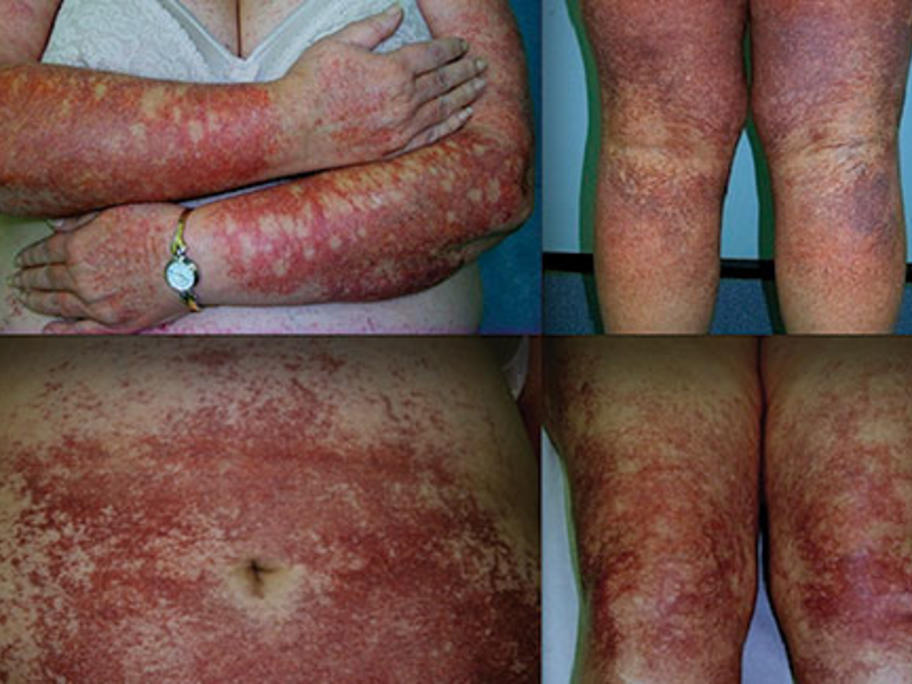 Essential telangiectases (ET) is a benign