Has this patient's melanoma returned?

Graham is a 47-year-old high school maths teacher. He first presented four years ago with a pigmented lesion over his left scapula, which proved to be melanoma with a Breslow thickness of 3mm, but with no evidence of lymph node involvement. 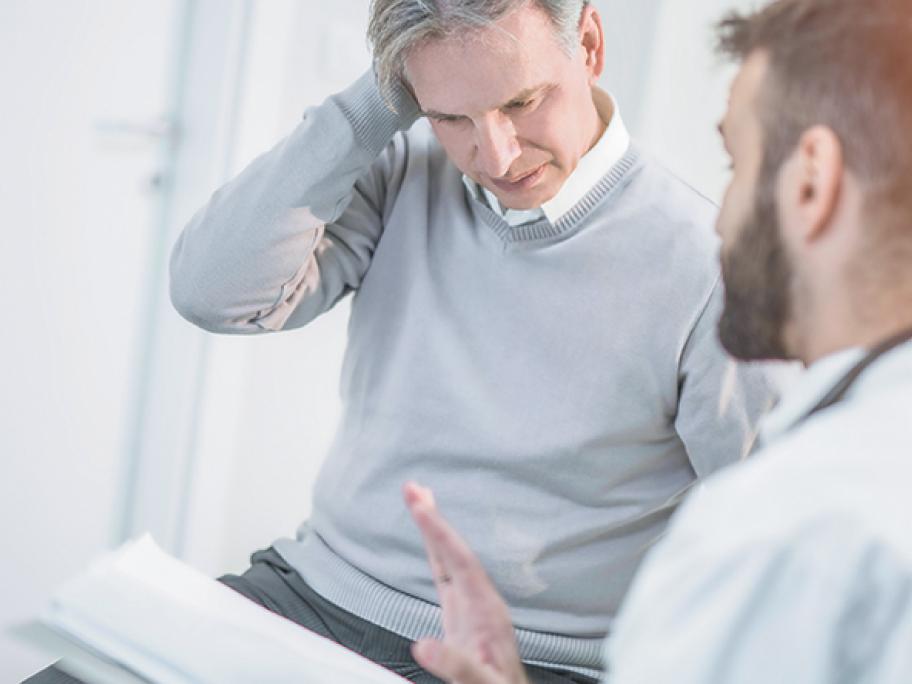 He underwent a wide excision with clear margins but the tumour recurred two years later.

On this occasion he was found to have lymph node involvement on a PET scan.

For a year he has been receiving treatment with two immune checkpoint inhibitors, ipilimumab and