It takes two to tangle

When an expectant mother presented to hospital for a planned caesarean section, it soon became clear this was ‘knot’ your average delivery. 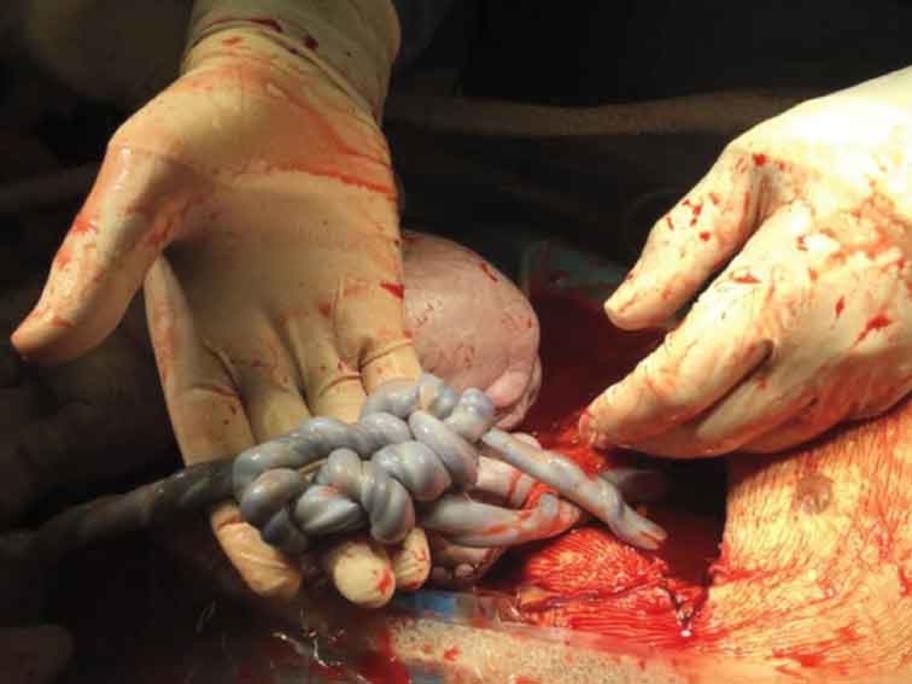 The 36-year-old was not only carrying a monochorionic, monoamniotic twin pregnancy, but the babies had also got themselves into a bit of a bind.

Routine CTG carried out before the procedure showed severe variable decelerations of the fetal heart rate in one of the twins, while the tracing in the other was normal.

Doctors went ahead with the planned c