Man's scrotum swells to below his knees

This patient really dropped the ball with his medical care, so to speak.

By ignoring his scrotal swelling for three decades, the 43-year-old ended up at an ED in Panama, Central America, with his scrotum distended beyond his knees.

The patient showed signs of fever and tachycardia but had a limited medical history, having not seen a doctor for many years.

The growing problem had resulted in him using a walker and relying on his mother for most of his daily needs. 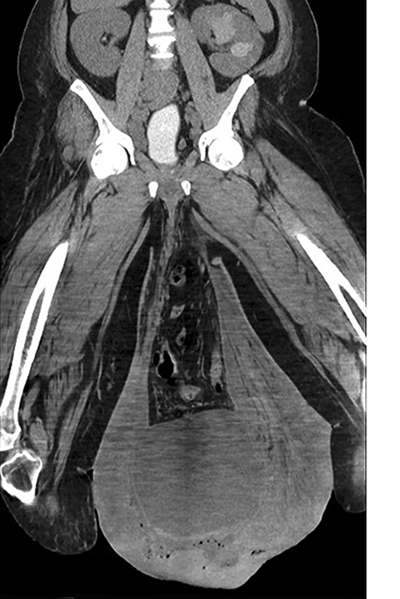 CT revealed a massive hydrocele in the