When a man presented to hospital with an enlarging dark lesion on his left thumb, ED doctors bet the farm on a zoonotic origin. 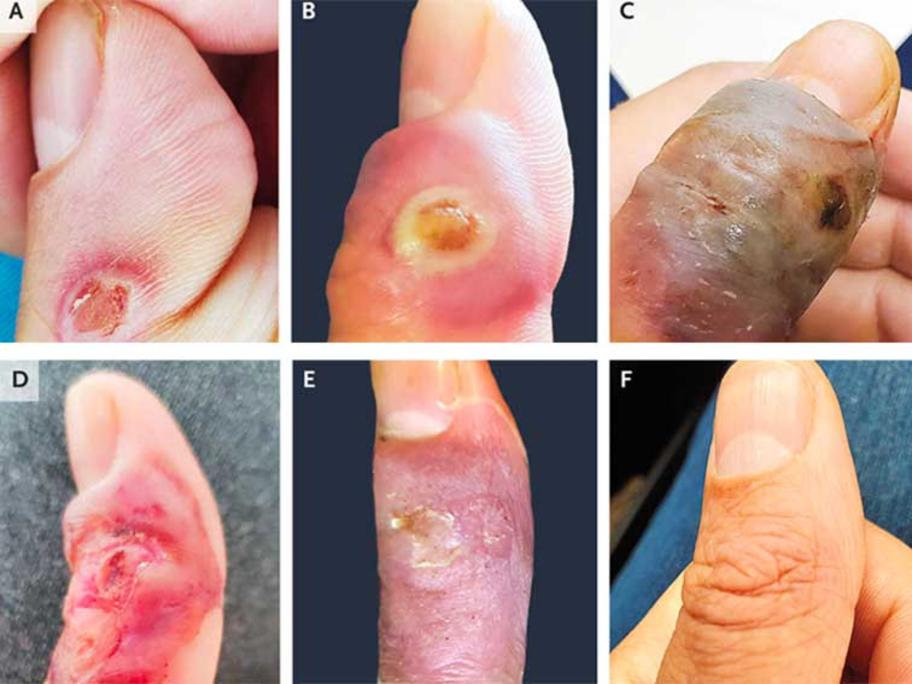 The New England Journal of Medicine ©2021.

The 45-year-old reported that he had been in direct contact with sheep and handled meat on a farm three weeks earlier.