Pin the testicular cancer on the donkey: Is a mule's buck to blame?

A man’s colon cancer spread to an extremely unusual site thanks to an unfortunate kick in the groin he hadn’t thought about for donkey’s years.

The 53-year-old had a history of colon adenocarcinoma, for which he underwent a colon resection in 2016. And two years later, metastatic lung nodules were detected on chest CT, prompting a lung resection.

But then he presented to a urology clinic for a lump in his right scrotum that — despite being present and unbothersome for decades — had suddenly started growing over the past year.

He recalled first noticing the lump after being kicked in the groin by a mule 20 years earlier.

Ultrasound confirmed a 1.1cm solid lesion that appeared to arise from the right epididymal tail. 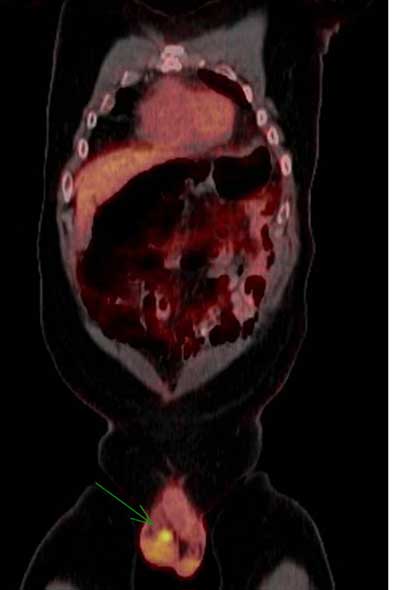