COMMENT: But protest needs the support of the main GP groups
By Paul Smith

An overwhelming number of GPs back a day of action — suspending bulk-billing, save for children and concession card holders — amid the growing alarm about what low rebates are doing to the specialty. Last week, Australian Doctor ran a survey on the idea of a national protest after it was raised in a number of discussion forums. More than 450 GPs took part, with 90% saying they were behind it (see results below).

This discontent is not new. The concerns about the impact of near universal bulk-billing are long running, but it has been a tortuous, intricate debate that pushes in so many directions that it seems to never shift. It just sits there.

The reason for this is wrapped up in the fact that the proffered solutions take two forms in ways that divide GPs themselves.

The first is simply for GPs to scale back bulk-billed consults. This is sold as freeing the specialty from Medicare.

It is supported by the widespread belief that there are many patients who should be paying more. 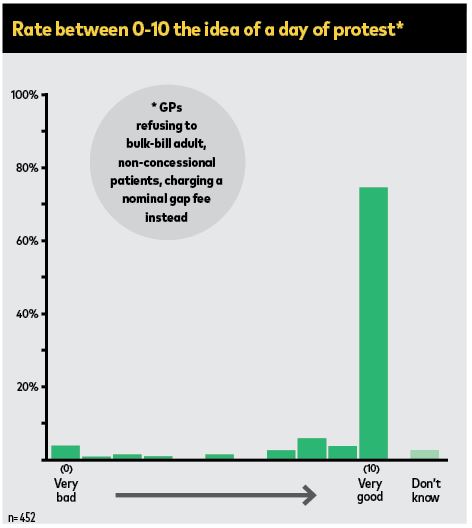 But with this comes the collateral damage on those patients without necessary means.

And there are enough doctors who see and feel the reality of this for themselves every day with their own patients. It’s not simply a political reaction; it’s an emotional one.

The other solution is that governments ­ simply make Medicare fit for purpose. That was the noisy demand during the federal election campaign.

But the blunt truth is that there was no political response.

New investment doesn’t look imminent. The sentiment among the pollies even to put rebates back to the real term levels before the freeze is that the costs to the budget would be too great.

And while there are claims that bulk-billing under the current rebates is putting practices on the brink, you can understand while governments will argue that the funding must be adequate when judged against the absence of mass practice closures or widespread market failure.

A day of protest is no small step and would need to be done with the support of the main GP groups.

The reasons are simple enough: such protests can only have an impact in the context of a wider public discussion on what bulk-billing is doing here and now. And that has never really occurred.

Like the politicians, the public are happy. They would need to fully understand the pressures bulk-billing exerts on practices to compromise care at the margins, and understand the ways it twists practices and their teams to extract revenue from MBS limited offerings. 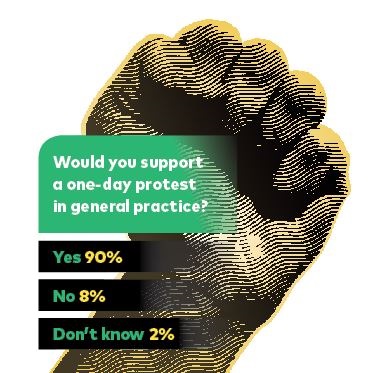 What inefficiencies does this pantomime generate? And importantly with appropriate funding — dollars via patients or governments or both — what is it that general practice can deliver that it can’t with a $37 rebate?

You can talk here about the need to pay more for the wonders of primary care and holistic, comprehensive, cradle-to-the-grave medicine.

The growing population burdens of ageing and chronic disease, a health system obsessed with hospital beds.

You can also make reference to the late Barbara Starfield and her groundbreaking research on the harms that happens if you don’t protect general practice.

Or that good line — that in Australia the ambulance is still parked at the bottom of the cliff.

But is that enough? I worry it has become a rhetoric dulled by repetition.

In a public debate about bulk-billing, the message will need to be more prosaic if the demand is for patients to contribute.

Currently too few understand the true value of those supposedly routine consults, where they are told there is nothing seriously amiss, the reassurance that watching and waiting is the best option. Too few outside the profession understand the skill and training this involves and the critical importance of not being wrong.

To them, it must seem easy, a non-event demanding limited skill and of little consequence.

Most won’t see, after walking out of the surgery door, the alternative future they could have just escaped on Australia’s notorious care carousel: the specialist appointments, tests and potential procedures, the anxiety and fear and, not least, vast financial cost that can go with it.

Too few realise the extent to which a good GP saves them money.

What the Australian Doctor survey shows is important in the aftermath of the election campaign, where the main players were rendered mute when it came to discussing a part of the health system responsible for 140 million consultations a year.

The response of the various doctors groups, and whether the desires expressed last week are something they will be prepared to take up, will be worth hearing. 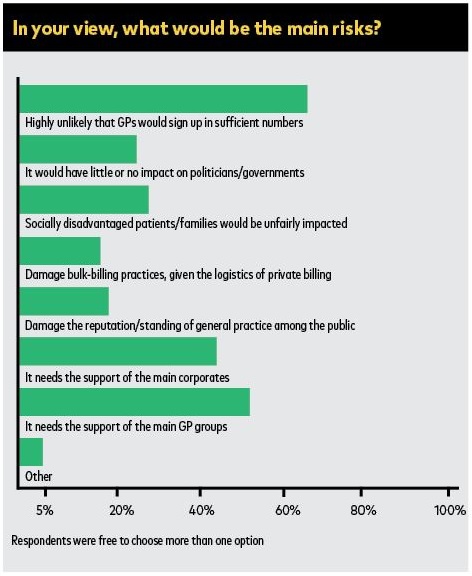 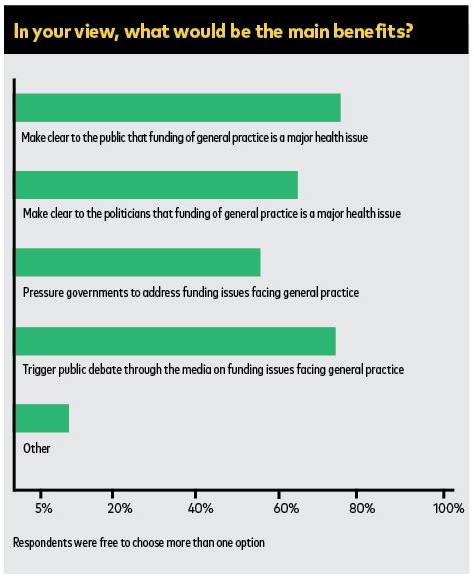