'Baby video' chiro banned from treating kids while under investigation

A chiropractor filmed performing spinal manipulation on a two-week-old baby has been banned from treating children under 12 while he is investigated by health authorities. 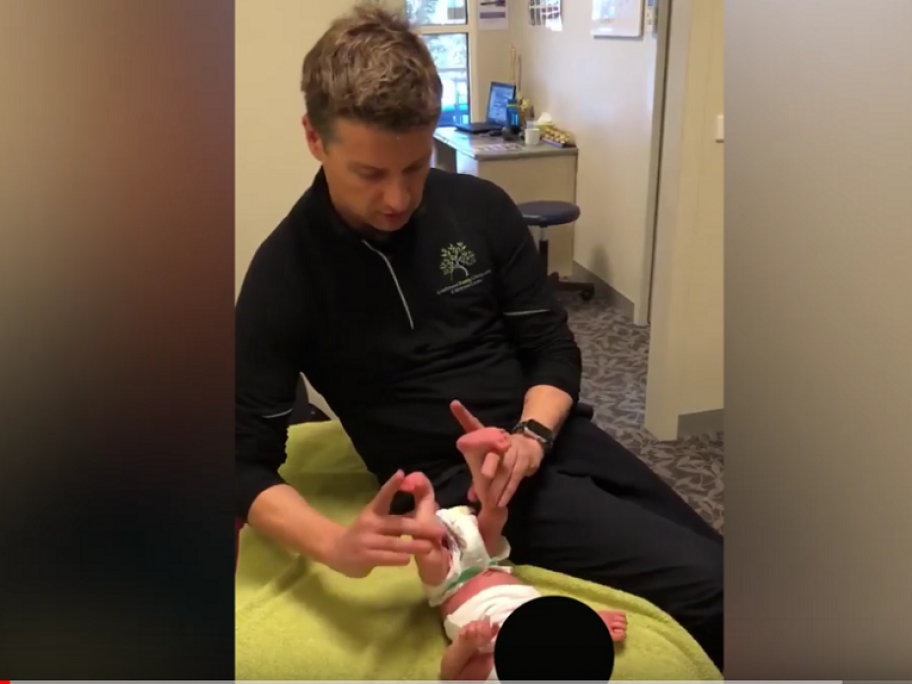 Andrew Arnold, owner of Cranbourne Family Chiropractic in Melbourne, triggered a public outcry after the footage emerged showing him dangling the infant upside-down by the ankles before performing spinal adjustments using a