Bioterror threat: 'A virus like smallpox can now be synthesised in an ordinary lab'

Smallpox, the virus that left lethal scars on virtually every civilisation throughout human history, was officially eradicated in 1980. 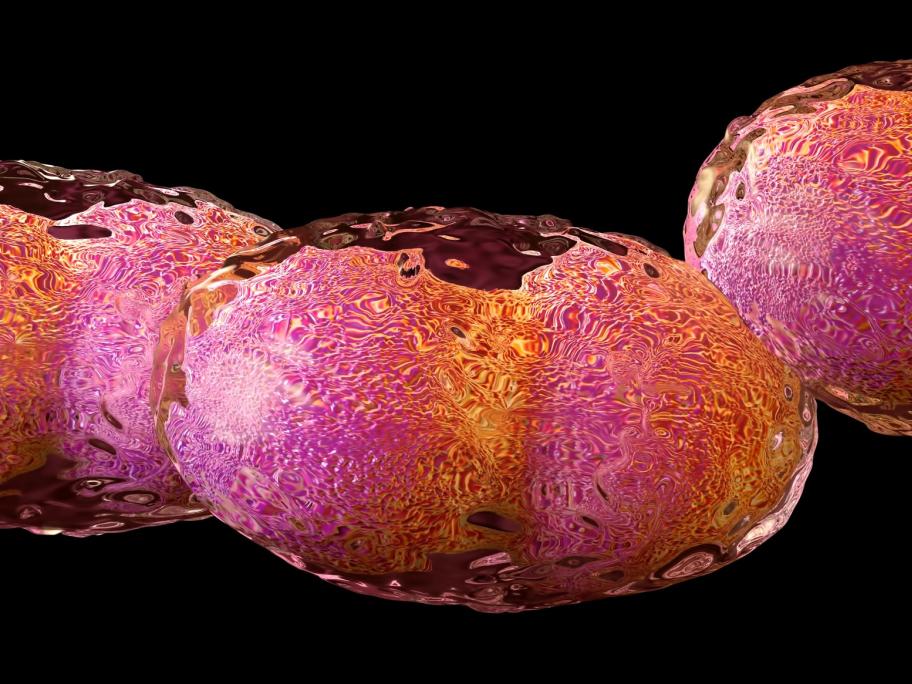 Widely cited as one of medicine’s greatest achievements, its defeat means that today the variola virus only survives in sample form locked away in two high-security laboratories — the US Centers for Disease Control and Prevention in Atlanta and the Russian State Research Centre of Virology and Biotechnology in Koltsovo.

For some time now there has been global debate about whether these stocks should be destroyed.

Both Russia and the US argue that the samples remain vital to pursuing further scientific research.

But this is met with scepticism by those who fear the consequences if the virus is unleashed again, including Professor Raina MacIntyre, head of the Kirby Institute Biosecurity Program at UNSW in Sydney.

“With smallpox, the major risk would be if someone somehow broke into these labs and stole the smallpox vials or whether other countries had stocks that were undisclosed or unknown,” Professor MacIntyre tells Australian Doctor.

Armed with just a $100,000 grant, Canadian virologists ordered DNA samples online from a commercial company in Germany called Geneart and set about stitching together the 212,000 base-pair horsepox virus genome.

They then introduced the genome into cells infected with a different type of poxvirus. The cells started producing horsepox, a virus which, until that point, had been declared extinct.

What they achieved in about six months, according to Professor MacIntyre, was nothing short of extraordinary because they managed to re-create the virus in what she describes as a “pretty ordinary, middle-of-the-range lab”.

The important point is that while horsepox is benign when it comes to humans, its DNA structure is closely related to the variola genome.

“What they showed was that anyone with the intention could synthesise a virus like smallpox in an ordinary lab.”

For Professor MacIntyre, the researchers’ success presents a very real and present danger in our globally chaotic times.

She points to the fact that the variola genome was sequenced back in 1994.

These results are still available in the public domain, at the same time ISIS and many other terrorist groups have declared an intent to wage biological warfare on their numerous enemies.

So last year, Professor MacIntyre and her team of biosecurity researchers joined epidemic response experts, military strategists, experts on international law and risk science, and policymakers — as well as frontline responders such as police — in a conference room at a beachside hotel in Sydney to imagine a global apocalypse.

“We decided to model what would happen if smallpox was released in a bioterrorist attack, with the exercise underpinned with mathematical modelling of the resulting epidemic based on different interventions.

In the worst-case scenario, they assumed a bioterrorist releases an engineered strain of smallpox in a small Fijian airport. It goes something like this:

Read more: 'It will get worse': Aussie GP recalls experience at epicentre of Ebola crisis

The first fatal smallpox case (in a private Fijian hospital) goes undiagnosed for 13 days, the delayed clinical recognition based on the fact that in real life, it’s been four decades since any doctor has seen a smallpox case and because there was a long delay in the 2014 Ebola outbreak in West Africa.

Then more cases start appearing. Epidemiologists from the WHO are called in to investigate, but it’s already too late.

The travellers and visitors who were at the Fijian airport a fortnight earlier are now spread across the globe.

The smallpox vaccines held in reserve by the WHO in Geneva are finally dispatched by day 27 and arrive by day 28.

However, response teams are unvaccinated, so the vaccination program does not begin until their immunity kicks in a week later.

It’s not until day 40 after the initial bioterrorist attack that ring vaccination occurs.

That’s the technique of vaccinating contacts (and the contacts of contacts) of those who fall ill used by Dr Donald Henderson, the US physician whose teams played the central role in eradicating smallpox in the 1960s and ’70s.

Video: Watch the history of how the WHO eradicated the smallpox virus.

With global attention and resources centred on Fiji, a second attack occurs in a much larger, more heavily populated country in Asia.

Things get worse. At one point the mathematical modelling suggests it will take a billion vaccine doses and 10 years to stop the epidemic.

Okay, it’s a worst-case scenario with a story­line reminiscent of a Hollywood blockbuster.

But Professor MacIntyre identifies two key real-world snags that would hinder success in the above scenario: lack of access to vaccines and lack of timely success with ring vaccination.

Her team estimates that in order to eradicate the virus, 53% of people who came into contact with infected patients would need to be vaccinated.

The problem is that in reality, the WHO has only 2.7 million doses of the vaccine in readiness.

The rest, some 31 million doses, are pledged from member countries such as France, Germany, Japan, New Zealand and the US.

“In a worst-case scenario, what we showed is we wouldn’t have enough vaccines,” she says, stressing that countries with stocks would likely horde vaccines to protect their own populations.

The other issue is that there is now no natural immunity or vaccine immunity to smallpox, and populations are more susceptible because of the huge numbers of people living with major immunosuppression.

As a result, the fatality rate would be close to 40% rather than the 30% rate that occurred during the numerous smallpox outbreaks in the 20th century.

The simulated attack from synthetic smallpox paints a bleak picture. But the ease with which a once-extinct virus can be remade reignites the long-running debate about how such science should be policed.

It is worth noting that not a single defence, intelligence or security agency knew about the Canadian experiment until the actual scientists told the WHO.

The lead virologist in the research, Professor David Evans from the University of Alberta, told Science in 2017 that he was motivated, in part, to prove that remaking smallpox was not just theoretically possible but relatively easy.

“The world just needs to accept the fact that you can do this,” he said.

Asked if he had increased the risk of a future outbreak, he said: “I don’t know. Maybe yes. But the reality is that the risk was always there.”

Read more: HIV in the 1980s: the gay doctor who fought back

Following their success, few journals were keen to publish the team’s work.

Nature and Science, the biggest names in scientific publishing, declined.

Science wrote in its rejection letter to Professor Evans: “While recognising the technical achievement, ultimately we have decided that your paper would not offer Science readers a sufficient gain of novel biological knowledge to offset the significant administrative burden the manuscript represents in terms of dual-use research of concern.”

‘Dual-use research’ is a euphemistic reference to research that could be used for both good and evil.

After a number of rejections and revisions, Professor Evans’ team managed to publish an “inexact” version of their smallpox recipe last year with “sufficient detail so that someone knowledgeable could follow what we did”.1

But policing the science may prove difficult. For instance, monitoring every company in the world making and selling DNA is considered largely impossible.

The suggestion is that there should be an international permit system for scientists who want to re-create extinct viruses.

Pitting the rights of the scientist against the risks of biological attacks that have the capacity to inflict more horror than any isolated physical act of terrorism is a delicate balancing act, says Professor MacIntyre.

“The risk posed to the community by a suspected rogue scientist working with an infectious pathogen in a legitimate, DIY or clandestine laboratory must be weighed against the individual rights of that scientist,” she and her colleagues argue in their Global Biosecurity paper detailing their smallpox thought experiment.2

Diffusing tension between the scientific and law-enforcement camps will require careful and cautious navigation, they add.

“That’s one of the big concerns — engineered resistance to drugs and vaccines,” Professor Macintyre says.

She concedes that re-engineered, enhanced smallpox versions are not altogether out of scientific reach, given that in 2001, Australian researchers managed to modify the mousepox virus — another cousin of smallpox — with an interleukin-4 gene, which controls immune responses.

When they infected mice with the altered pox virus, it proved to be lethal in naturally immune mice as well as some vaccinated mice.

References on request, from [email protected]