Dr Richard Harris and his friend Craig Challen played a key role in the international effort to free 12 boys
By Jocelyn Wright,
AAP

The Australian doctor involved in the heroic cave-diving rescue in Thailand last year has been named joint Australian of the Year. 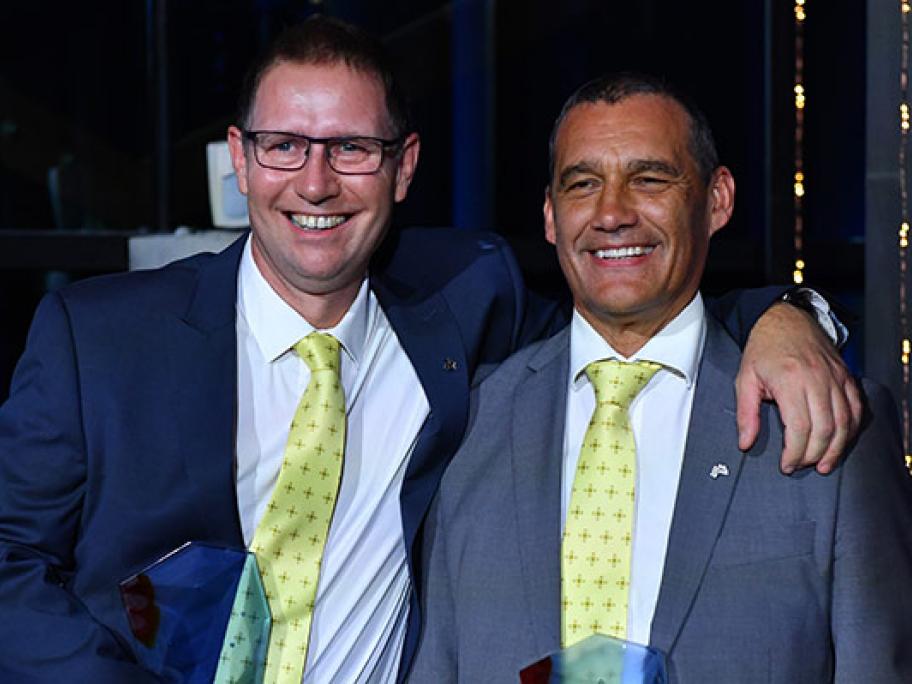 2019 Australians of the Year Dr Richard Harris (left) and Craig Challen at the awards ceremony in Canberra, ACT. Photo: AAP