Doctors have warned parents about a viral TikTok challenge inspired by the Netflix show Squid Game that has resulted in three children being admitted to a Sydney hospital with burns. 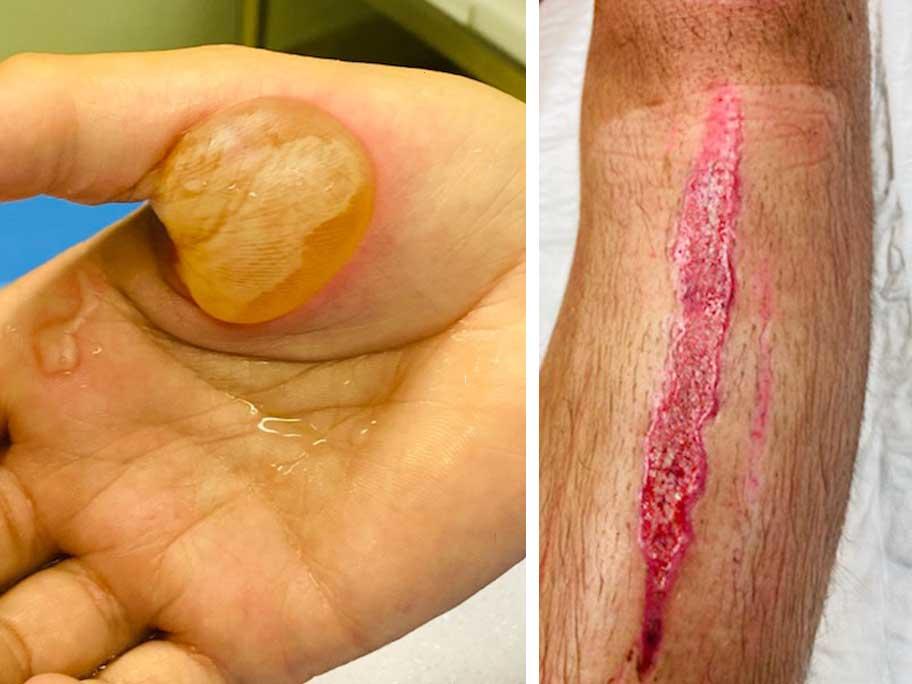 Two of the burns from the honeycomb.

The children experienced injuries ranging from scalds to nerve damage, with all three requiring ongoing treatment, after taking part in the trend which involves making