Terminally ill patients in WA will be allowed to die under a voluntary assisted system due to be in place by 2021. 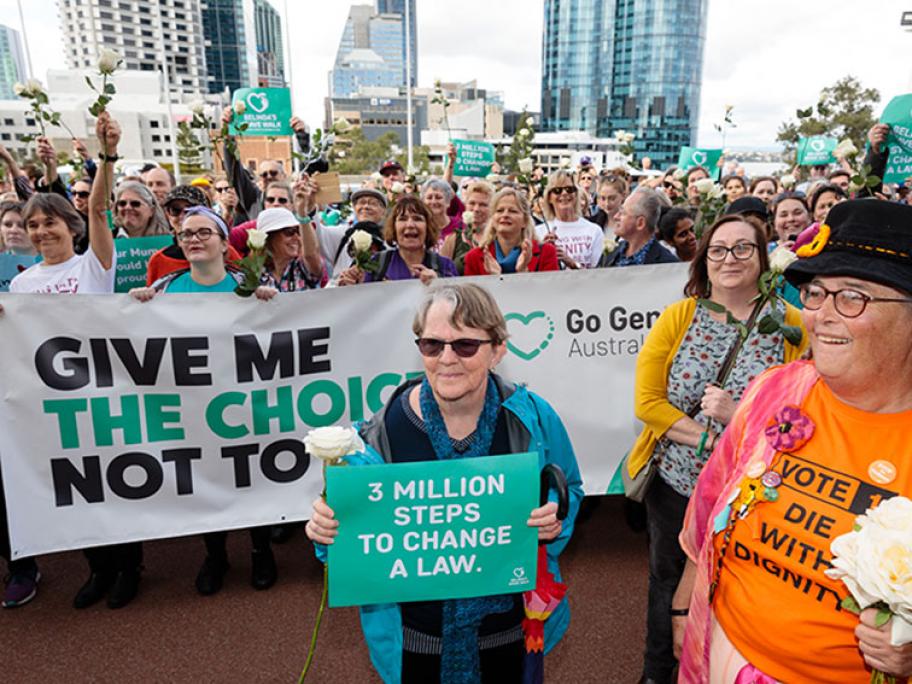 Campaigners for assisted dying rally in WA in August.

After months of debate, MPs in the state’s Upper House have voted 24-11 in favour.