Baby videos, chiros, docs and why AHPRA is struggling

Last week, a video on Facebook surfaced showing a chiropractor performing ‘spinal manipulation’ on a newborn using a device called the ‘activator’ — or, as those with medical training sometimes call it, the “stick that goes click” because that seems to be the only thing it actually does. 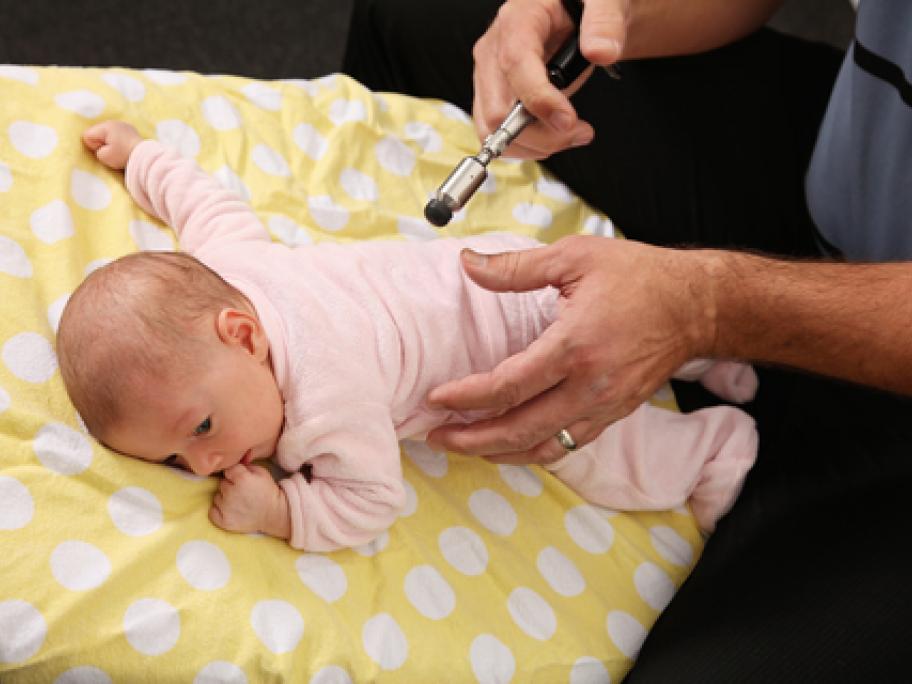 At one point, Melbourne chiropractor Andrew Arnold uses his thumbs to push down on the baby’s tailbone, which he explains is about “moving the cerebrospinal fluid”, before using the stick that goes click along the baby’s spine.

If you want one, activators retail for about $850.

There was a hue and cry about what took place, with the Royal Australasian College of Physicians calling for a ban on spinal manipulation of babies. The Victorian health minister demanded AHPRA investigate, describing the images as “disturbing”.

The timing was opportune. It came a few days after the Medical Board of Australia issued another discussion paper on what should be considered good practice for doctors.

The paper says the code needs a revamp to make the responsibilities clear when offering “fringe” treatments — specifically, unconventional and emerging therapies.

Its main thrust is about ensuring doctors are open with patients about the limitations of what they are offering, that they don’t offer false hope or exploit that false hope to unfairly profit.

Recent events have triggered the board’s interest in this issue.

One is certainly the prescription of long-term, high-dose antibiotics by believers in Australian-acquired Lyme disease.

The other is the injection of autologous stem-cell therapies for conditions ranging from motor neurone disease to diabetes and migraines.

These therapies carry the image of cutting-edge medical science, but are generally viewed by the medical profession as little more than poorly researched therapeutic gimmicks.

Whether the board’s forever-expanding code of conduct needs more pages will be questioned by some.

But the discussion paper exposes the deep fault lines in the way rules around good practice are applied to one profession, while being deemed irrelevant to others.

Pharmacists profiting from selling $25 multivitamins, for instance. We’ve yet to see the warning stickers ensuring patients are fully aware these products are a rip-off in terms of their limited efficacy.

Or Chinese medicine practitioners who sell potions to “moisten the triple burner”? If the medical board’s code was applied, would the prescription constitute a breach, given the clinical indication is meaningless within the biomedical paradigm?

The AHPRA system is meant to reassure the public. But the public does not understand this reassurance only extends to the concept of health professionals doing no significant harm, not reassurance they offer legitimate treatment.

The flaw in the system lies in the way it works through peer review.

The judgements about what constitutes good practice are not necessarily based on expert evidence, but frequently on whether the practice is accepted by the practitioner’s peers.

In the case of chiropractics, chiros judge chiros, presumably assessing care against the standards laid down by the Australian Chiropractors Association, the profession's peak body whose members are "bound by a professional code of practice based on ethical principles".

Here is one story about the association from a few years ago: President-elect resigns from peak chiropractors group over 'sneaky' hospital visits

This is why last week’s Facebook video is interesting. Mr Arnold seems to have rough-handled a baby only a few weeks old.

But in terms of “spinal manipulation” with the activator, I’m not sure what he was doing was an imminent threat to the infant’s wellbeing, because I’m not totally convinced when it comes to the stick that goes click, that it does anything more than go click.

Part of the shock of the video lies in the sight of a man who clearly believes in the value of what he is doing, unwittingly engaged in a ludicrous therapeutic pantomime.

Following the storms last week, Mr Arnold's practice has been limited by AHPRA pending investigation. He has made an undertaking not to treat children aged 12 or younger.

But the bigger question is whether he will be sanctioned for paediatric “spinal manipulation”. I suspect not. It is common within the profession, not some underground activity taking place in a back street with the lights off.

This probably explains why he was happy to be filmed “moving the cerebrospinal fluid”.

As was widely reported last week, there is a precedent.

Two years ago, another Melbourne chiropractor called Ian Rossborough was investigated when a video of him manipulating a four-day-old baby’s spine went viral on YouTube.

However, the ban on him providing chiropractic treatment for children under the age of two and spinal manipulation in children under six was lifted in July last year.

There are few details of why the restrictions were lifted.

So how frequently is this technique used? It is again not clear. Last year a paper came out in a chiropractic journal after researchers surveyed 444 chiropractic students at Macquarie and Murdoch universities.

They found that up to 40% believed spinal adjustments could prevent disease and up to 65% could help the health of babies.

There was a reduction in such non-evidence-based belief as the students progressed through the courses but, according to the researchers, only a small one.

The Chiropractic Board of Australia, which despite a slow start is making strides to deal with the dalliances of the profession’s rogue elements with antivax propaganda, should have a role in this.

It currently has no specific declaration on the rights or wrongs of paediatric spinal manipulation.

Instead the board has some vague guidance on paediatric care suggesting practitioners “make sure their clinical practice is consistent with current evidence and/or best-practice approaches”.

The important question, the one that doctors would be asking, as to what “current evidence” and whose “best practice” is not answered by the board's position statement.

Under the AHPRA system that seems to be determined largely by chiropractors themselves.