Reports earlier this week of Russian attacks and siege of a major hospital in the Ukraine city of Mariupol indicate a particularly bleak and dark phase of the war. 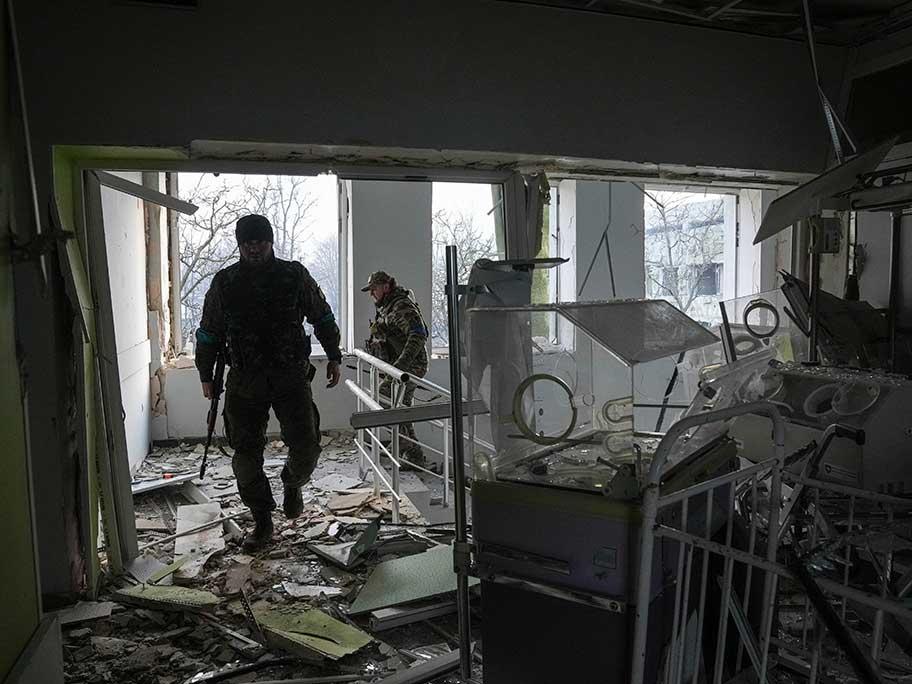 Inside a maternity hospital that was damaged by shelling in Mariupol, Ukraine.

Sergei Orlov, the city’s deputy mayor, told the BBC how