'Havana syndrome' may have been caused by fumigation

Fumigation against mosquitoes rather than "sonic attacks" may have caused some 40 US and Canadian diplomats and family members in Cuba to fall ill, according to a report commissioned by the Canadian Government. 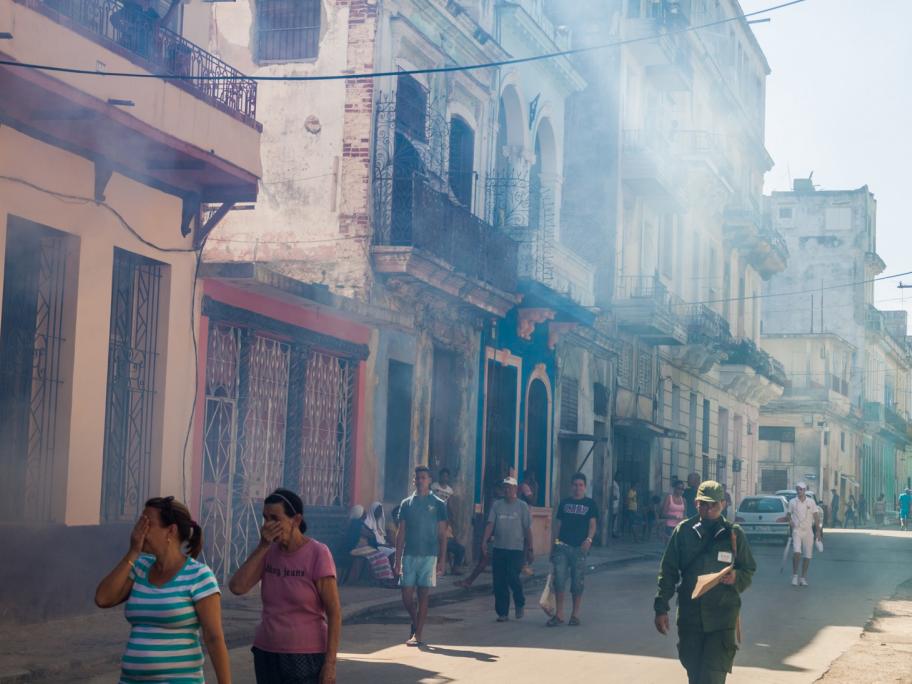 Homes in Havana are fumigated to control the Zika vector in the photo dated 24 February, 2016.

The incidents took place from late 2016 into 2018, causing the US administration to